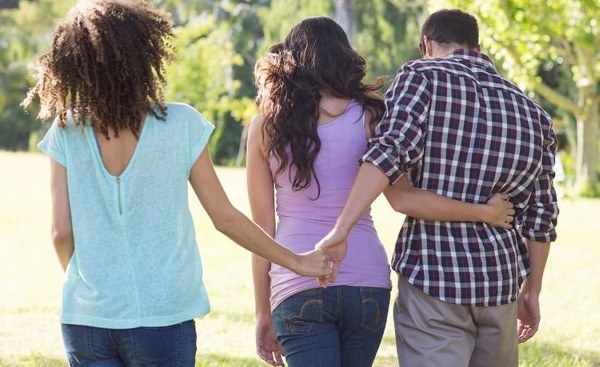 We have been together for 4 months and everything between us is great including the se_x life.

Now my best friend (who is single) moves around same social circles as us and we see her about once a week. My boyfriend is always quite touchy-feely with her, more so than anyone else. When they talk, he would touch her arm often. When she walks in front of him, he puts a hand on her back. When we sit on the couch and he sits in between us, he always liberally spreads out and has his arm on the couch behind her (while not hugging her actually). There are also random touches going on that I notice. It's like his body language is screaming that he is attracted to her.

Besides that, he told me that she is really cute and can have her pick of guys. His favorite actress also looks remarkably like my friend.

She, on the other hand is not too receptive unless she is drunk and she doesn't initiate touching. So it's him that's the problem.

I am pretty sure that there is nothing actually going on between them. However, it really bothers me that he is so obviously attracted to her to the point that he can't restrain himself from touching her…….Sure, she is a pretty girl, but so am I.

I don't really want to talk to him about it. He will just be more careful in hiding his attraction from me and I also believe that attraction is instinctive so this is not something that can be discussed away.

Would this be a good enough reason to break up with him?

I really do not want to be with someone that is not crazy about me.

I just need some objective input.