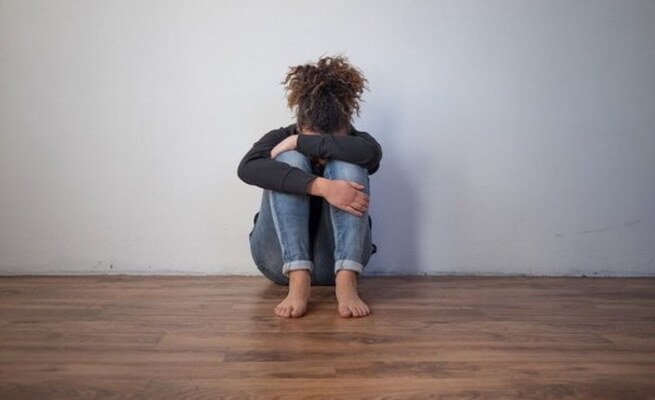 I have always had issues with men. It stems from my dad, who committed suicide when I was a baby. I never thought that this actually affected me at all until I got older.

Still, I denied it for a long time, but even my mom would tell me that I needed to fix my problems with the male population. I was always afraid of men: my chiropractor, a male nurse, the guy bagging the groceries, even my stepdad. It was like a fear/hate relationship with literally every guy I met.

I didn’t really understand my problem until I got my first boyfriend. I left for college at 18. All of my friends had had numerous boyfriends and se_xual escapades already, and I felt like there was something seriously wrong with me that I was a freshman in college and I hadn’t even had my first ki_ss.

Enter my first boyfriend. I should have seen the red flags sooner, and I did see them, I just didn’t exactly think they were red flags. He was my first ki_ss, the first night I ever met him. For months and months we were practically dat_ing, but we weren’t dat_ing. He wouldn’t date me because he “didn’t want to hurt me and ruin our amazing friendship.” I told him I wouldn’t have se_x with him unless we were dat_ing.

I suppose that’s the reason why eventually he asked me to be his girlfriend. I was so excited I thought I was in love. And, more importantly, I thought he really liked me and cared about me. Two weeks into our relationship, he cheated on me on my 18th birthday.

The aftermath was typical heartbreak stuff: sobbing to my mom, blocking his number, you know the drill. When I went home for winter break, I felt like I had finally gotten over him. I didn’t feel resentment or anger anymore when I thought about him.

Then comes the next guy on my very short r0mance journey. Long story short, I lost my virgi_nity to him and then he ghosted me. This hurt almost as much as my boyfriend cheating on me. I gave him something that I can never get back. To him, I was just another girl he could brag to his friends about fucking, but to me he was the guy I really liked and will always remember as the person I lost my virgi_nity to.

After all of that, all of the pain from my first relationship came back. Now I’m just as heartbroken as I was before, plus a little more.

Every time I tell people how I feel, they say the same thing: “Men are garbage. There’s nothing wrong with you, you’ll find the right person eventually.” It’s not that I’m trying to find the person I’m gonna marry right now, I just want to meet a man, r0mantic or otherwise, who doesn’t end up being a huge disappointment.

I know that I shouldn’t feel like there’s something wrong with me and that’s why guys walk all over me, but I do. People tell me to just not feel that way, but what do I do if I do feel that way and I want to know how to feel better?

I mean, am I just completely unlovable? Why do guys only want to have se_x with me, never more? They don’t even want to be my friend. I feel like I’ll never have the answers I’m looking for.