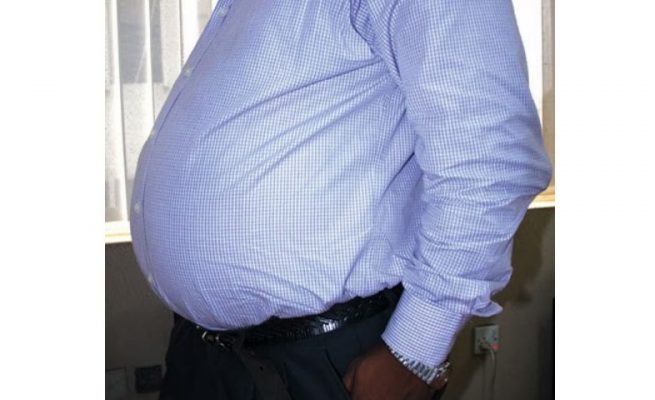 MORE women have come out to confess that they prefer men with pot bellies and a bizarre reason has always been that men with bigger bellies are perceived to have money.

But a study has revealed that it goes far beyond that. Fascinating research has shown that men with larger bellies last longer in bed compared to guys with a six-pack.

Researchers at Erciyes University in Turkey found a link between being overweight and stamina in the sheets.

The research says that men with pot bellies are more likely to have higher levels of the female sεx hormone oestradiol, which delays their 0rgasm.

For the study, researchers analysed 200 men and compared their body mass index (BMI) with their sεxual performance.

They found that overweight men with bigger bellies and a higher BMI lasted 7.3 minutes on average in bed.

As for fit men, the act lasted two minutes on average, with a significant number suffering from premature εjaculation, the Huffington Post reported.

“As the BMI increased, the number of patients decreased in the premature ejaculation group,” researchers concluded.

Most women prefer big men in their bedrooms rather than skinny and normal-sized men.

Pamela Mokoena (32) from Germiston, Gauteng agreed and said she would never date a skinny man.

“I want to feel weight on me after I get satisfied after a long pleasure round,” she said.

A 27-year-old man from Soweto didn’t agree. He said being skinny is healthy.

“It depends on how happy the couple are together. That brings satisfying sεxual pleasure, not the weight or size of the man,” he said.

*Rosey: Behind a man with a big belly there hides a happy woman.
*Mpho: Big men have small dicks. Don’t believe the study ladies, please.
*Molelu: This is just to make them feel better – like saying women prefer a smaller Gupta.
*Zandile: Skinny or mkhaba makes no difference. It depends kuth yakwaz ye kungfikisa.
*Phelelisiwe: I will never date a size 32 downwards. As for sεx, it just depends kumuntu nomuntu.