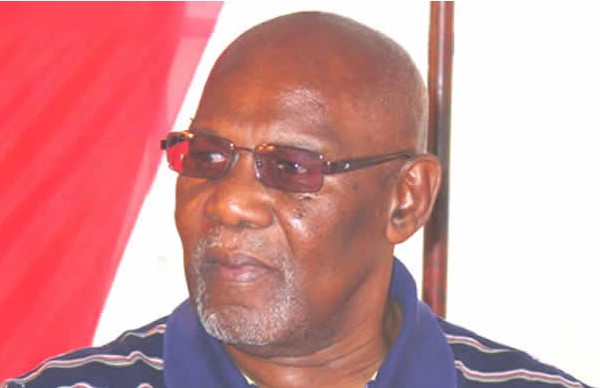 The Dumiso Dabengwa Foundation (DDF) which was formed by Zapu leader Dumiso Dabengwa to, among other things, push for restorative justice for the Gukurahundi and political violence victims in the country dating back to 1980, has released a letter that was used as evidence in Dabengwa’s treason trial.

Dabengwa was accused of asking Russia for arms to overthrow former President Robert Mugabe’s government. Dabengwa and fellow colleague Lookout Masuku were later acquitted of treason charges in April 1983, but immediately rearrested and detained until Masuku’s death in 1986.

Read the letter below:

In connection with comrade Nkomo’s personal request to you I am authorised by him to define more precisely some points and to make some additional explanations so that our stand could be more clear to you.

Comrade Nkomo is unable to leave the country at the present due to the tense situation in the country which could develop to be explosive as a result of a provocative and aggressive conduct of ZANU elements aimed at assisting to bring into reality the pro-western policies of Mugabe. His candid inclination towards Anglo-American imperialists has already widely opened doors to the country for all governments that in the past contributed in suppressing the masses of Zimbabwe.

The masses of Zimbabwe are deeply convinced that Mugabe has turned out to be actually more reactionary and pro-western than Muzorewa and that his policies will undermine the national interests of Zimbabwe and her people. It has also become clear that the British and USA governments intend to make a stance in their neo-colonialists aspirations and make Zimbabwe into a key country in the region for their Southern African axis of influence.

This is why we are of the opinion that the greatest threat to Zimbabwe her national independence and sovereignty originates from UK and South Africa. Having in mind the above mentioned , we now request you comrade Chairman to render us further assistance in our next struggle against imperialist intrigues, and the subversive activities of their secret services against Zimbabwe. As far as the political power in Zimbabwe is concerned we consider this an internal affair for the people of Zimbabwe to decide.

In order to start active work and to achieve better results as spelt out above we request you to allow your representative comrade Maxim to remain in Zambia under his present cover and to be allowed free access to all frontline states –Zambia, Tanzania, Mozambique, Botswana and Angola (perhaps Lesotho as well) so that he can lean in his work on the whole KGB facilities in this part of the world. We are confident that we can arrange his entry visits to Zimbabwe.

I should further like to assure you that Comrade President Nkomo has already sought President Kaunda’s consent on his (Maxim) continued stay in Zambia pending your approval.

Contacts and consultations between us (NSO) and comrade Maxim we suggest should in future be arranged in all the frontline states mentioned above. In addition we intend to station our NSO representative in Zambia for liaison functions.