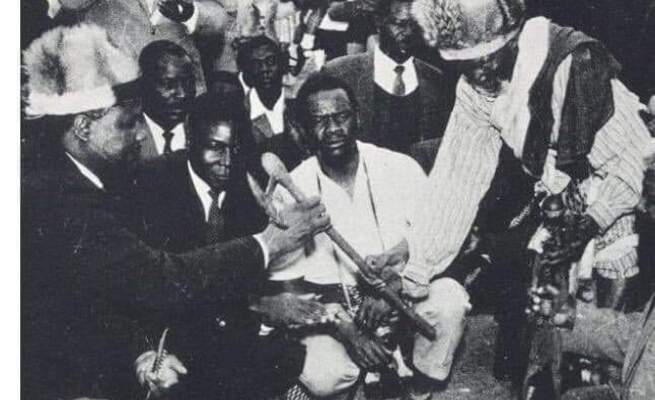 THE case by the now late Chief Zvimba to have the remains of the late former President Robert Mugabe exhumed from his rural graveyard in Kutama village in Zvimba and be interred at the National Heroes Acre in Harare has raised eyebrows.

The Mugabe family is trying to stop the exhumation after appealing the traditional court ruling at the Chinhoyi Magistrates Court, but the appeal has been dismissed twice on a technicality.

From the look of things, the case is far from over as the family is likely to appeal to a superior court because the Chinhoyi Magistrates Court was the court of first instance.

But, what is all this fuss about the exhumation of Mugabe’s remains?

The Bible in Ecclesiastes 38:23 says: “When the dead is at rest, let his remembrance rest; and be comforted for him, when his spirit is departed from him.”

So why not let Mugabe’s spirit rest peacefully at his rural home?

Before he died, Mugabe made it clear while celebrating Heroes Day in August 2019, that he did not want to be buried at the national shrine, presumably because he was bitter with the way he was hounded out of office by his successor, President Emmerson Mnangagwa, in a military coup in November 2017.

Mugabe never forgave Mnangagwa and Zanu PF until his death.

Bob, as Mugabe was fondly known, died a bitter man. His family protected him, even in his death such that they shunned an offer from the State to have his remains lie in a mortuary while a mausoleum was being built for him at the national shrine. As Mugabe’s final resting place debacle dragged on for almost three weeks, his remains were kept at his Blue Roof mansion in Borrowdale, Harare, under the watchful eye of his wife Grace.

Initially, the family, under pressure from government, agreed for Mugabe’s remains to be interred at the national shrine before a last-minute somersault which saw him being buried at his rural home while Mnangagwa was away in Russia. However, government is still determined that Mugabe’s remains should be reburied at the National Heroes Acre.

Exhuming Mugabe’s remains for reburial at the national shrine is against Christian tenets, cultural values and his deathbed wishes.

There has been speculation that there were powerful forces behind the move to exhume Mugabe’s remains against his family’s consent for personal gain. Widespread claims were that Mugabe, who ruled the country for almost four decades, was buried with a sceptre that enhances the powers of the leader of this country. It is alleged that when Mugabe was toppled from power, he never surrendered the sceptre.

Surely, in this enlightenment age, how can we stoop so low to believe that a sceptre can possess powers to turn around the fortunes of the country?

If that sceptre, whether it existed or not, had powers to bless leaders, why did it not protect Mugabe from the coup plotters?

We urge those salivating for Mugabe’s remains to be exhumed to wear a human face, and spare us this stone-age drama and focus on more important national issues.

Need Help When It Comes to Employee Onboarding Process? Here Are Some Tips and...

Blog Cynthia Goba - 11 August 2022 0
Organizations should provide newly hired employees with the information, relationships, and resources they need to feel at ease and confident enough to deliver stellar...

‘She was paying my rent and buying stuff for me and all I had...

News Muza Mpofu - 11 August 2022 0
IT has been a long, sleepless two weeks for Zanele Mahlangu (36). She said her phone has been ringing off the hook with men offering...

What happened in Beitbridge was a blow for him: Sungura star Mark Ngwazi shoots...

News Muza Mpofu - 11 August 2022 0
UNTIL now, Mark Ngwazi has had a squeaky-clean image. He has been the golden boy of sungura music. And, in the eyes of some of the...

We are ready to receive our nationals back home: Zimbabwe tells South Africa