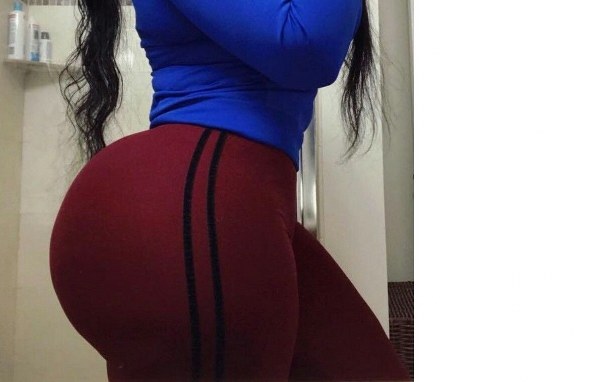 FOR better or worse, there are all sorts of side effects that come with not wearing underwear. Many women are choosing to forgo underwear for comfort, health, or appearance — no one likes panty lines or wedgies.

The word “COMMANDO” which refers to military personnel is now used to mean going underwear-free!

After all, to some, wearing underwear is as much of a routine as breathing and while wearing underwear has its benefits, going commando may actually do some good, but the decision to wear underwear or not ultimately comes down to personal preference.

Medically speaking, however, your vagi_nal area is most happy and healthy when it has a chance to breathe.

Going commando may reduce the risk of developing urinary tract infection (UTI) or yeast infection, especially for those who suffer regular bouts of vagi_nal infections.

Panties trap excess moisture and microbes that can create a moist environment where Candida, a fungus that causes yeast infections, thrives mostly in, according to Healthline. This can happen while you are sleeping or at the gym, especially if you are wearing non-breathable panties.

Going panty-free may help protect the vuIva from injury by preventing chafing and irritation because friction typically occurs when the underwear you are wearing is made up of artificial fabrics, which can “chafe and irritate” the lab!a and the skin around, exposing you to bleeding or injury.

However, that is also dependent on the pants one is wearing. If one is wearing something comfortable, not wearing underwear should be fine and allows your private parts to breathe.

But if one is wearing tight pants like jeans and no underwear, they may be exposing their lady bits to more irritation as the tough fabric can rub against and put pressure on the vuIva especially when they don’t have an extra barrier like underwear to protect them.

“Mostly girls we hate it when we are wearing our tight-fitting clothes and the underwear shapes itself in clothes, it’s kind of embarrassing, so the most reason why I go without underwear is that I don’t want it to show through my clothes.

“Mostly the feeling is nice if you try it without pub!c hair on your private part and you will experience nice fresh air getting in,” said Ashley Bhanda.

Sometimes panties may cause a localised rash known as contact dermatitis. This is often one skin’s reaction to certain “fabrics, dyes, chemicals and preservatives” found in underwear, including latex, which is often used for the waistband.

One way to prevent an allergic reaction is to wear latex-free underwear that is usually hypoallergenic or skip underwear altogether.

One’s laundry detergent can also cause an allergic reaction. This is because tissues that one’s panties come in contact with are a lot more sensitive than their elbows, so going commando may be the best thing for one’s lady parts.

Going commando may also help if one is suffering from digestive issues like acid reflux and have typically worn tight shapewear in the past. Tight undergarments may cause pressure on the stomach and, as a result, push acid into the oesophagus, worsening the digestive condition.

As much as it is pretty safe to go underwear-free at the gym or on your morning run, not wearing underwear can make the scent seem different than usual.

Perspiration allows skin bacteria in hair-bearing areas, including the gen!tal area, to cause body odour. If you are panty-free, there is no barrier between you and your workout shorts or leggings, so, instead of the sweat hitting your underwear, it goes straight to your pants, causing you to notice that sweaty strong odour faster.

It can also mean having to do your laundry more often, especially if one has a lot of vag!nal discharge. Some people have more than others, but thankfully underwear can help catch it all, and keep it away from one’s jeans.

While underwear is meant to protect your body, first and foremost, it’s also designed to keep your clothing intact. Take, for example, the fact vag!nal discharge is naturally very acidic. Vaginal discharge can spoil the clothing and cause the fabric to begin to fall apart.

To extend the life of your favourite pants, all you have to do is wear underwear and you should be good to go.

Whether you use sanitary napkins, tampons, or men_strual cups, we never know what can happen during our period due to over bleeding especially those who get periods suddenly.

To give extra protection from the bloodstain that can be transferred to your clothes, underwear plays an essential role. The staining caused by a heavy flow can ruin your clothes especially when you are out.

Skin issues known as folliculitis can crop up if you are not properly protecting your vag!nal area. This is a form of inflammation of a hair follicle. And again, this is all thanks to the chafing and irritation that can stem from close-fitting clothing, and can be made even worse if you just shaved.

It’s totally up to you whether you want to wear underwear or go commando, as there are definite benefits to both. While you should keep certain side effects, like chafing and infection in mind, it’s all about which option makes you feel most comfortable.

“I find it weird to go without underwear, this is because it is something I never learnt or tried and so I feel uncomfortable, I prefer my underwear 24/7,” commented a woman also from Pumula.