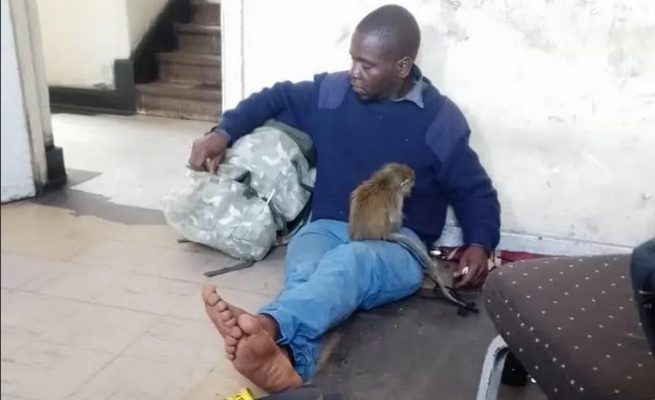 A Chipinge man, who was caught with a monkey in Harare’s Africa Unity Square Garden, appeared in court today on allegations of violating the Parks and Wildlife Act.

Zacharia Moyana admitted to the offence when he appeared before magistrate Mrs Tafadzwa Miti, who remanded him in custody to tomorrow for sentencing. Moyana told the court that he rescued the vervet monkey after people killed its mother.

He said he was nabbed while he was on his way to Parks and Wildlife to surrender the monkey.

Moyana was arrested on August 27.