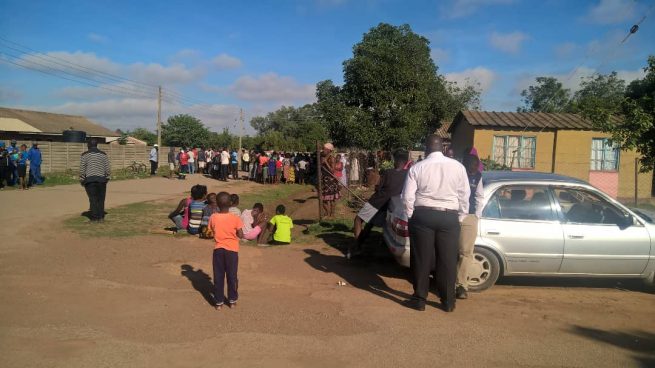 POLICE in Bulawayo are investigating a death incident after a man was found dead near a school fence in Gwabalanda suburb.

Bulawayo police spokesperson Inspector Abednico Ncube confirmed the incident and urged the public to carry some form of identification.

“I can confirm that we are investigating a case of sudden death, and we urge people to carry identity cards to enable the police to help them when unforeseen circumstances happen,” said Inspector Ncube.

Circumstances are that on 27 August 2022 and at around 5pm, an informant who was walking along a road in Gwabalanda suburb saw many people standing near a fence at Inzwananzi Primary school.

He went closer and upon arrival he saw Moyo’s lifeless body lying facing downwards, and then made a report at the ZRP Luveve.