Reports say Vlad allegedly took his own life for reasons yet to be established.

He is said to have left a suicide note, which his wife has not yet received.

Prior to his death, Vlad posted something that his followers say was a premonition of his demise.

“It’s not over till it’s over,” he posted on his Facebook timeline on Friday.

According to his profile, Vlad was the CEO of Vladtech Systems, a company which won a gong at the recently-held Zimbabwe Achievers Awards, in the business category.

His Facebook page was filled with condolence messages, from his followers, who are still in shock following the mysterious death.

Below are some of the condolence messages:

So ndo over yacho here? I wish I had listened, you cried out for help in a silent way wabhaiza Kudzi. – Jana Rusenza.

Why nhai Vlad Duk, why did you choose the easy way out? Rest easy big guy. – Lissa Sibongile Dingiswayo.

Seldom we are strong outside suffering inside. – Munya Ncube.

Eish we going through a lot behind closed doors. I normally expose my feelings on WhatsApp status and people say usaise your life pachena, but for me it helps because panowana someone who calms me. Of course, some laugh, but trust me people, are going through stuff. – Priscilla Mandaza.

RIP. What happened to this young man? – Washie Mubaiwa Ganyo.

His death comes few days after another businessman, Masaiti, has shot himself dead at a joint owned by his younger brother and music promoter, Daniel Masaiti, over claims the younger brother stole US$4 million from him. 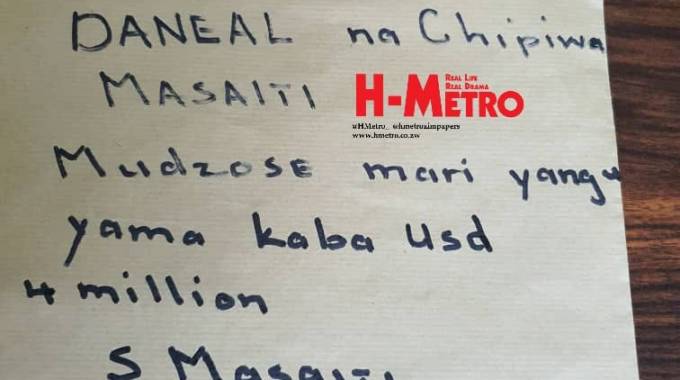