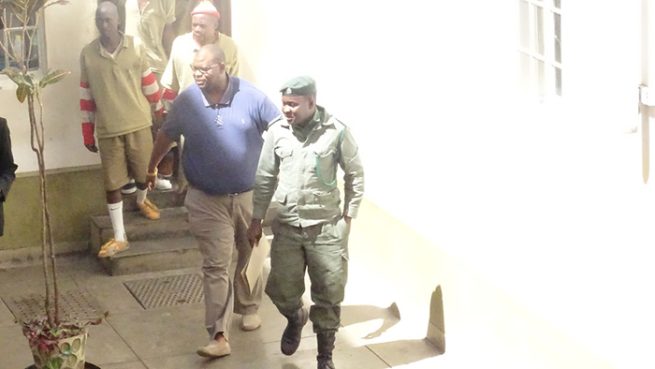 The son of Zimbabwe’s former Vice President Phelekezela Mphoko has been arrested by police in Bulawayo on rape charges.

Mr Siqokoqela Mphoko is expected to appear in court this afternoon to face the rap_e allegations, according to national police spokesperson Assistant Commissioner Paul Nyathi.

“Siqokoqela Mphoko was this morning arrested by police in Bulawayo and will appear in court today. He was arrested over rap_e charges and that is all we can release as information,” said Assistant Commissioner Nyathi.

Earlier this morning, Mr Mphoko was posted online through a video on Ezra Tshisa Sibanda’s Facebook page saying he was handing himself over to police after running away yesterday.

“Good morning to everybody, my name is Siqokoqela Mphoko. A praying man, a God-fearing man and a family man. Today… Yesterday actually, I was called to the Hillside Police Station and a rap_e charge laid against me. No investigations were done, but that’s still fine. Yesterday, I ran away from the police station because I felt that there was no fairness in my case. I felt that things were not done properly and I felt that there was a hand behind it that is not Government.

Mr Mphoko through the platform shed light that he was being accused of rap_ing his 12-year-old niece.