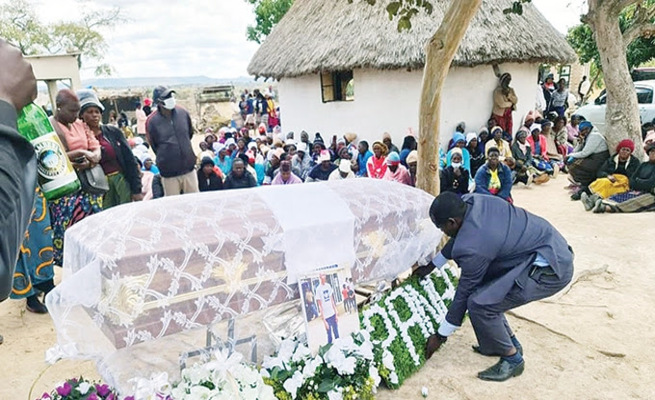 THE three men, who were arrested together with the late Boss Pango, for illegal possession of a pangolin, have been set free.

The State decided not to proceed with the trial due to lack of evidence.

The dealer, whose real name was Tafadzwa Murengwa, made headlines in July, for gunning down his girlfriend, before taking his own life.

The nickname Boss Pango came from his court appearance after he was found in possession of a pangolin.

He then implicated his three accomplices.

The State withdrew charges against Maxwell Landirani, Leon Tsiga and Kudakwashe Nyoni after plea, due to lack of evidence following the death of Boss Pango.

Murengwa’s death certificate was produced in court as proof that he had, indeed, passed away.

The State led evidence from the arresting details, who testified that they recovered the pangolin from Murengwa.

They corroborated each other’s testimony that the other three accused were implicated by Boss Pango.

With Boss Pango now dead, they agreed that it would be impossible to prove the case against the trio.

Allegations were that on August 20, 2017, the police received a tip off that Murengwa was in possession of a live pangolin, which he was trying to sell, at Chisipite Business Centre.

The police searched Murengwa’s car and found the pangolin in a sack.

They arrested him, after he failed to produce a licence, authorising him to have possession of the animal.

He then implicated Landirani, Tsiga and Nyoni, who were tracked down and arrested.

Sherlyn Sadomba appeared for the State.