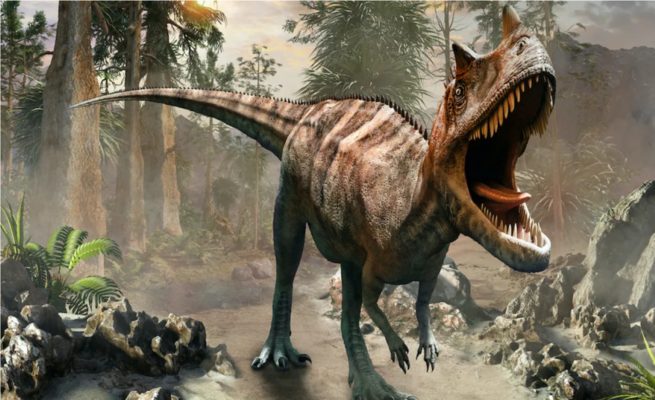 THE skeletal remains of the oldest dinosaur to roam Africa have been found in Zimbabwe, a new study reveals.

Yes, you read that right. The plant-eating dinosaur species has been discovered in Mashonaland Central province’s Mbire district.

The almost complete skeleton is now at the Natural History Museum in Bulawayo.

Scientists began working on the Pebbly Arkose Formation in northern Zimbabwe in 2017. After five years of careful excavations which were disrupted by the outbreak of Covid-19, they have finally unveiled the dig’s star specimen: Mbiresaurus raathi, a nearly complete skeleton named after “Mbire,” the Shona dynasty that once ruled the region.

The species name honours Michael Raath, who helped discover the first fossils in the area.

The mbiresaurus lived during the late Triassic period (252 million to 201 million years ago) along the banks of an ancient river in what would become Zimbabwe. It was a rich ecosystem, filled with more than just dinosaurs. The excavation unearthed numerous protomammals known as cynodonts as well as armoured crocodilians, bizarre beaked reptiles called rhynchosaurs and even evidence of an early meat-eating dinosaur.

Christopher Griffin, a Paleontologist at Yale University, this reporter that the discovery fills in the gaps in the understanding of dinosaurs.

“The discovery of Mbiresaurus Raathi fills in a critical geographic gap in the fossil record of the oldest dinosaurs and shows the power of hypothesis driven fieldwork for testing predictions about the ancient past.”

The creature stood at least a metre tall, ran on two legs, weighed around 30 kilogrammes and had a long neck. The fact that it lived in the Carnian stage of the late Triassic period makes this discovery extremely rare.

“These are Africa’s oldest known definitive dinosaurs roughly equivalent in age to the oldest dinosaurs found anywhere in the world.

“It was extremely exciting as soon as I knew what we had found, I had to sit down and breathe for a minute to calm down,” added Griffin.

The excavation of the main skeleton of Mbiresaurus took weeks to complete.

“For the main Skeleton of Mbiresaurus, it took about four days to excavate the skeleton. But we spent several weeks excavating the fossils in the area, they are extremely abundant there,” said Griffin.

Michel Zondo, the Fossil curator at the Natural History Museum of Zimbabwe, revealed that the fossils are in Bulawayo at the Natural History Museum. “It inspires a great feeling. These things are very rare, so if you happen to make such a discovery it does really feel very good and it contributes a lot to the Paleontological science in Zimbabwe and the entire world,” said Zondo.