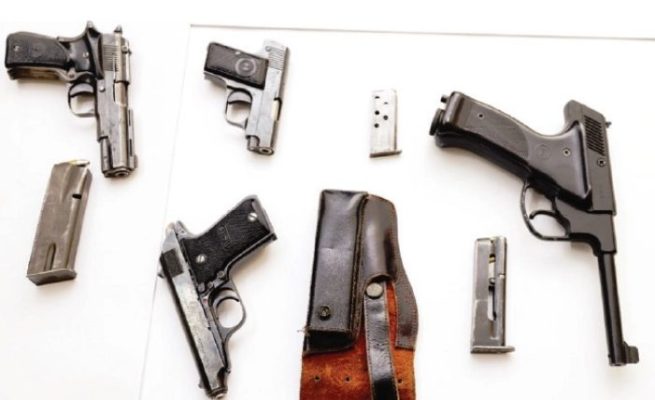 Voluntary surrenders of unregistered firearms are speeding up, with 46 handed in to the police on Thursday alone following the recent amnesty granted by President Mnangagwa, bringing the total number of guns surrendered so far to 256.

Under the amnesty, those in possession of unlicensed firearms and ammunition, or who have these with expired licences, must surrender them without questions being asked or penalties imposed.

If they voluntarily surrendered them to the Zimbabwe Republic Police (ZRP) by the end of next month, they will face no charges, but thereafter those who will hang on to illegal firearms will face the music.

National police spokesperson Assistant Commissioner Paul Nyathi, when giving the updated figures, said police were still concerned with some people who were still in possession of guns belonging to their deceased relatives, but did not want to surrender them.

“We would like to continue urging them to take advantage of this amnesty to surrender them during this period. Unregistered ammunition should also be surrendered,” he said.

Recently, Asst Comm Nyathi confirmed that police will soon be checking on their database to track both those with licensed and unlicensed firearms.

He said through the database, police will check on addresses of all firearms owners before visiting to check whether people are complying with the law in terms of storage so that the guns do not fall into wrong hands.

A condition of a firearms licence is that the weapons must be properly secured, such as in a safe or approved gun cabinet.

The police suspect there are significant numbers of unlicensed weapons which were bought by businesses that have changed hands, that were owned by people who belonged to gun clubs and have given up the sport, or have been found among the effects of dead relatives.

Not only are these weapons unlicensed, but in many cases, without an active and knowledgeable owner, are more likely to be stolen or misused.

President Mnangagwa granted amnesty in line with Article 12 of the SADC Protocol on the control of firearms, ammunition, and related materials.

The amnesty even covers anyone who is in possession of any weapon which was smuggled or illegally brought into the country.

Police recently said those holding firearms should surrender them at their nearest stations between August 8 and September 30.