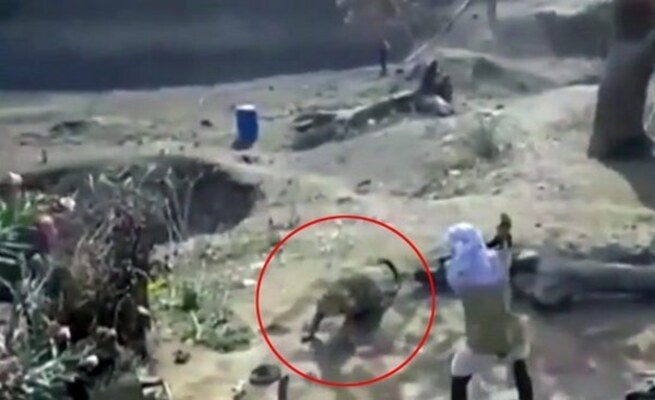 NDUMISO Mona still gets cold shivers when he thinks about his life and death struggle with a leopard in July.

“I still get nightmares,” said the 23-year-old from Matsulu outside Mbombela, Mpumalanga.

Ndumiso was hospitalised for eight days following the incident.

In July, Daily Sun published his story with the headline: “I fought off leopard and won!” a few days after the attack.

Ndumiso, who does piece jobs, said since the attack, his life had not been the same.

He was on his way to fetch his children from school and while walking, he heard a leopard growling.

He turned away and was suddenly attacked by the animal.

He said the leopard hit him with its paws on the head, and then split his nose open.

“I pushed the animal away and faced it. Then it jumped and I started punching it with my fists until it fell down. I kept on strangling it while calling for help. I asked another man to hit it on the head with stones.”

Ndumiso suffered injuries to his face and body.

He told the People’s Paper that since the ordeal, it had been difficult for him to work as his hands often got swollen.

He said although he won the fight, he still had nightmares and would never be able to do things that he used to do before.

“I always dream about the fight and it traumatises me. I don’t know where I got the courage and strength to fight off the animal,” he said.

He said he was hoping to get compensated by the government.

“The job I do needs a person who is physically fit. Now that my hands are not functioning well, I won’t be able to take care of my family like before. They are all dependent on me,” he said.

His mother, Sibongile Nkosi (47), said she did not think that her son would survive.

“I didn’t think he will make it. I’m glad that he is alive, although he has never been the same.

“We had to burn the clothes that Ndumiso was wearing during the attack because of the trauma he suffered,” she said.