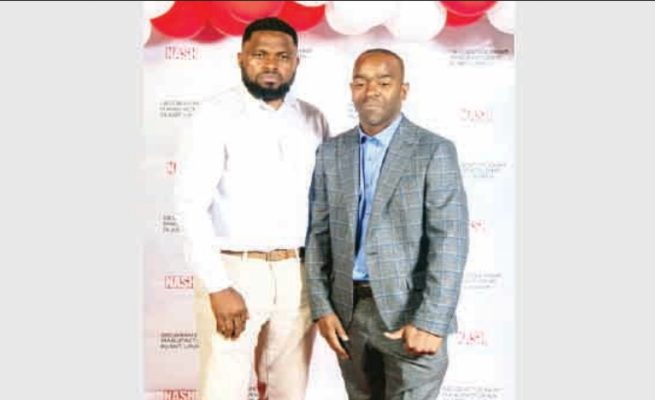 NASH Paints founder, Tinashe Mutarisi, has rewarded his long-serving employee, Gulaam “Boss Gully” Bhatti for his loyalty with a house.

Speaking at the launch of Nash Paints’ new decorative manufacturing plant, on Wednesday, Mutarisi surprised his sales executive, Boss Gully, with a US$120 000 house that he bought from Odyssey Hotel owner, Tich Mharadze.

Mutarisi spoke fondly of Boss Gully’s loyalty to him and Nash Paints.

“Let me say this before everyone, Boss Gully is more than a friend to me, he is family.

“He has shown me more times than I can count that he is a very loyal person.

“I call him Boss Gully because of the honest and caring person he is,” said Mutarisi.

“A lot of people approached him with better job opportunities and he always turned them down.

“I once told him to accept those opportunities and he refused, saying he wanted to continue working with me.

“When I bought Coloursell, I also bought a US$120 000 house from Tich, and I am going to give it to Gully, to show him how much I appreciate everything that he has done for me.

“My whole family knows Boss Gully and they treat him like family.

“Thank you Boss Gully! I can never thank you enough,” Mutarisi said.

An emotional Boss Gully told H-Metro that he was humbled by the gift.

“I’m very happy with the gesture Tinashe made of giving me a house.

“He has helped me a lot in the past but I never expected that he would give me a house.

“He is a very humble and honourable man,” he said.

Boss Gully said he cannot wait to move into his new house.

“I have been staying in Braeside and I cannot wait to move into my new home,” he said.

The relationship between Boss Gully and Tinashe was built over a number of years.

“I started knowing Tinashe in 2009 and then started working with him at Nash Paints in 2012.

“I am the Sales Executive there,” he said.

Boss Gully said Mutarisi deserves showers of blessings for the good work he does.