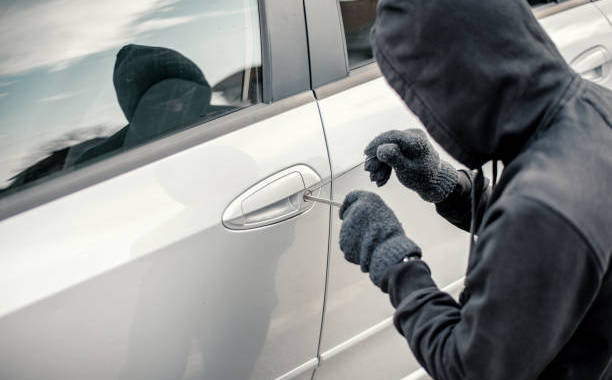 A 23-year-old man from Entumbane in Bulawayo suspected to be part of a duo that had gained notoriety for stealing from motor vehicles, especially those driven by women has been arrested.

Police have since recovered a number of valuables such as laptops, handbags, headphones, iPads, and cellphones at the suspect’s place of residence following the arrest.

The suspect, Panashe Chabikwa (23), has allegedly been terrorising motorists in the city centre and in the western suburbs where he would forcibly open locked cars and steal while in some cases reaching out for handbags and other valuables in cars while his partner, who is still on the run, distracts the drivers by talking to them.

The duo was using a black Honda Fit as their getaway car.

“In one of the cases, a complainant reported his car registration plates missing after he had parked his car at his uncle’s house in Entumbane where Chabikwa resides.

“Chabikwa stole the front and rear number plates which he fitted onto his black Honda Fit which he used in the commission of crimes,” said Insp Ncube.

“In another case Chabikwa, conversed with the unsuspecting complainant – a driver, while his accomplice stole a hand bag from the car. The hand bag contained a Dell laptop. In another case they also stole an iPad 4 Mini and a case of Pepsi drinks along Fife Street between 8th and 9th avenues.”

Insp Ncube said the duo robbed another complainant who was sitting in a red Chevrolet of her Huawei Y9 Prime cellphone, national identification card, driver’s licence, US$15 and 1 000 rand after snatching a sling bag through the window and fled from the scene.

The duo also stole from yet another car a bag with South African passports, South African identification cards, US$200 and 700 rand.

The complainant, however, managed to capture the registration numbers of the black Honda Fit vehicle that Chabikwa was using as his get-away car and provided the details to the police.

On arrest police also recovered a pair of stolen number plates stashed in a “pocket” at the back of the passenger seat.

Chabikwa is expected to appear in court soon.

Insp Ncube urged members of the public to continue working with the police saying such arrests and recoveries were not going to be easy if police were going it alone. He also appealed for information that may lead to the arrest of Chabikwa’s accomplice.