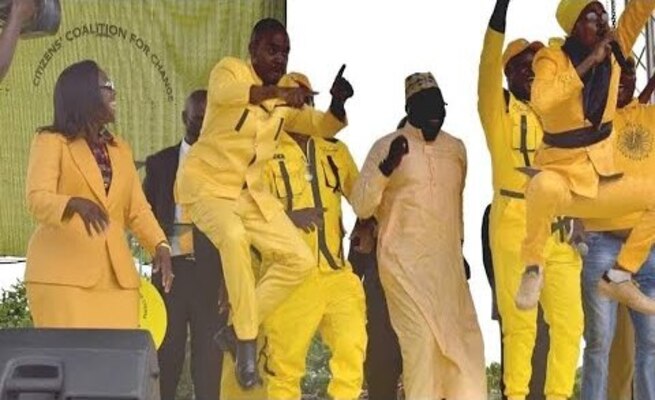 THE opposition Citizens Coalition for Change (CCC) won two out of the three wards in Saturday by-elections held in Bulilima, despite Zanu PF’s massive deployment of State resources in the contested areas to rig results.

According to official results released by the Zimbabwe Electoral Commission (ZEC), CCC won Wards 1 and 16, while Zanu PF retained Ward 14.

During the period preceding the by-elections, Zanu PF deployed massive resources in the wards, rolling out projects, which included borehole drilling and rehabilitating dilapidated roads.

Despite the electorate also benefitting from ZUPCO reduced bus fares, and several donations to clinics by quasi-State internet provider NetOne during the campaign period, the majority still voted CCC which has made significant inroads in the constituency.

Sources acknowledged former MDC-T president, Thokozani Khupe, now CCC ordinary member, was instrumental in the party’s success in the electoral campaign as she was visible on the ground campaigning for candidates.

“CCC has won 2 of the 3 Ward by elections in Bulilima Mangwe this weekend. All 3 were held by Zanu PF prior to the by election. Amhlophe to all who worked so hard to get this result against all the odds. The yellow bullet train is gathering speed,” said Coltart.

“This victory has been achieved with little money and against a brutal Zanu PF regime which has ZEC on its side.

“In other words victory has been obtained despite the electoral conditions, not because of them. We still have much work to do before #Zimbabwe is free.”

He also took potshots at NetOne over its meddling in partisan politics.

“We urgently need the business sector in Zimbabwe in particular to realise where their long term interests lie. Zimbabwe will continue to deteriorate under the incompetent and corrupt Zanu PF regime which has only brought violence, theft and misery to Zimbabweans during its 42 years misruling our beloved nation.

“Now is the time to rally around the CCC so that we change Zimbabwe for the better.”