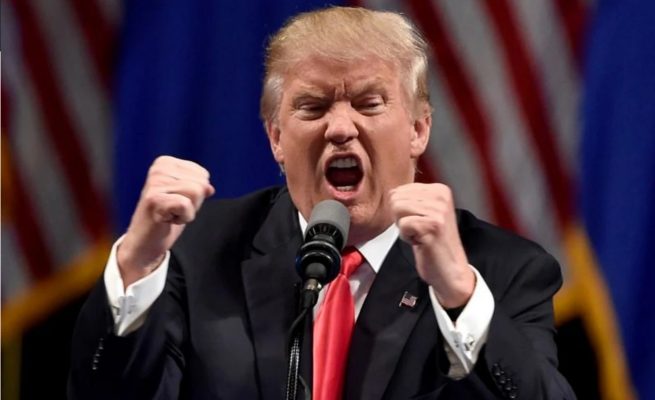 Former president Donald Trump speaks at a rally to support local candidates at the Mohegan Sun Arena on September 03, 2022 in Wilkes-Barre, Pennsylvania.

Donald Trump has labelled the US president an “enemy of the state,” claiming Joe Biden’s speech was the “most vicious, hateful and divisive ever delivered” by an American leader.

Speaking at a rally on Saturday in Wilkes-Barr, Pennsylvania, the former president accused Biden of having “vilified” the 71 million voters who supported Trump during the 2020 presidential election.

Last Thursday, Biden claimed the Republican Party was being “dominated, driven, and intimidated by Donald Trump and the MAGA Republicans” who he accused of representing an “extreme ideology” and posing a “threat to this country.”

“By the way, the next morning he forgot what he said,” Trump quipped, raising laughter from the audience. He also accused Biden of being “cognitively impaired and in no condition to lead our country.”

Last Friday, Joe Biden back-pedalled on his MAGA remarks, saying he does not “consider any Trump supporter to be a threat to the country.”

Trump’s speech was his first public appearance since the August 8 raid in which the FBI seized “top secret” documents from his Mar-a-Lago residence.

The move by the law enforcement agency triggered a criminal investigation against Trump for potential violations of the Espionage Act and additional statutes relating to obstruction of justice and destroying federal government records. So far, no charges have been filed against the former president or his team.

During his rally speech, Trump condemned the search as a “travesty of justice,” warning it will produce “a backlash the likes of which nobody has ever seen.”

“There can be no more vivid example of the very real threats from American freedom than just a few weeks ago, you saw, when we witnessed one of the most shocking abuses of power by any administration in American history.”