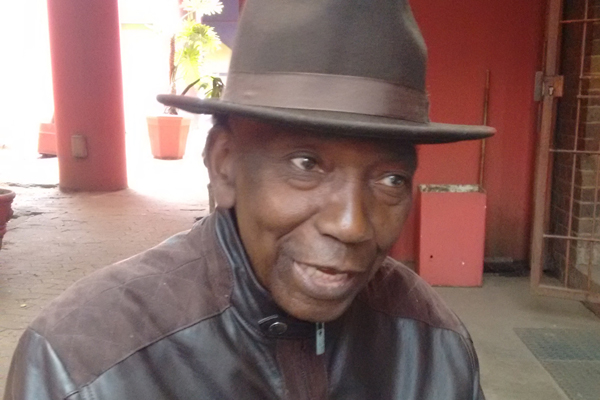 FOR most Zimbabweans, there is only one celebrity who answers to the name Gandanga.

His name is Thomas Tafirenyika Mapfumo a.k.a Gandanga, Mukanya, The Lion of Zimbabwe, Hurricane Hugo.

If l am to name the top five of Zimbabwe’s music greats, Mukanya will be in there with Oliver “Tuku” Mtukudzi, Leonard Dembo, Simon “Chopper” Chimbetu (all late) and living legend Alick Macheso.

However, as one writer aptly said, all earthly things, great or small, wise or foolish, good or bad, beautiful or ugly, sad or happy, will finally come to an end.

The recent show in Leicester, England, where he shared the stage with Macheso and Tocky Vibes, all but laid bare that our music superhero has reached the end of his road.

Age has finally caught up with Mukanya and that he must rest is no longer a necessity but a sobering reality. On a warm evening in Leicester, Mukanya looked spent on the backstage, even before he had graced the stage. One of his backing vocalists even went on stage with a shopping bag.

The sound system didn’t help matters for the Chimurenga guru; so poor it was one would have mistakenly thought it was some passa passa riddim in the ghetto.

The engineers appeared clueless to save the situation much to the chagrin of the short-tempered Mukanya.

By the time he belted one of his yesteryear classics “Mai vangu varipi”, it was evident that the audience were only respecting him because of nostalgia and his brand.

He was a beneficiary of a tolerant crowd that was more interested in seeing the man than enjoying his act. He actually benefited from a crowd that was hungry for Zimbabwean acts as they don’t have the privilege of such on a regular basis, on these foreign shores.

His stage act lasted less than two hours and he was done for the night, leaving bemused revellers wondering if this was worth the pre-show hype.

In his post-show briefing, he was quick to defend himself: “Vakomana ve sound vatiregerera kwazvo.

“I tried very hard and l am happy with the response from our fans here in England. We will continue to improve on our quality next time,” he said.

However, he looked weary.

Some aides did not help matters as they continued to shove him away.

This was not a surprise, though, because sometime in 2019, Mukanya was in Zimbabwe and already the signs of his stage fatigue were evident.

At one show in Chitungwiza, he had to be supported by three bouncers from his security team, as he climbed the few stairs to the Tanza Centre stage.

Years earlier, Mukanya was captured singing from a hymn book while seated on a chair, a scenario he later defended saying it was a compilation of new songs he was trying to master.

That our music superhero is now aged is not a secret. There is now need to preserve his rich music legacy. Mukanya’s handlers should promptly start to find ways of weaning him off the demanding stage performances.

He has become a victim of greedy promoters, who are bent on abusing his name to fleece audiences, even though it is now evident that the man no longer possess the same zeal of yesteryear.

His die-hard supporters will argue that Mukanya still has what it takes to fill in big venues.

But, it is becoming clear that the man no longer has the same energy to perform at levels expected of him. The will is there but the energy isn’t there anymore. To make it worse, Mukanya appears to be still trapped in the past, telling himself that he still has the touch to perform at a high level.

That is not true and this was clearly evident in Leicester.