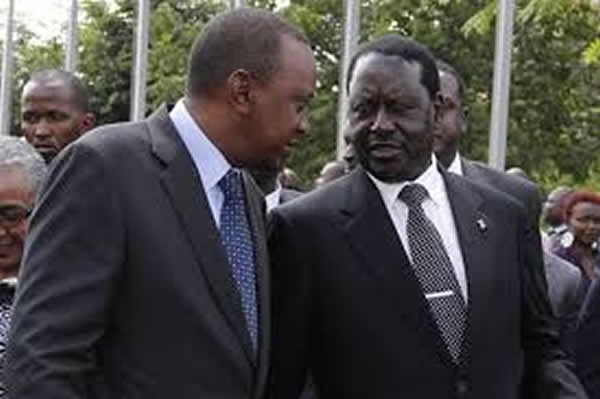 The unanimous verdict was delivered by Martha Koome, the chair of the seven-member court on Monday.

“We declare the election of the president-elect to be valid,” she said.

Odinga, 77, secured 48.9% of the valid votes cast on Aug. 9, his fifth unsuccessful run at the presidency. Ruto was declared the winner with 50.5% support.

In a statement, Raila rubbished the Supreme Court’s decision arguing that his lawyers proffered irrefutable evidence and the facts were on his side, but unfortunately, the judges saw it otherwise.

We have taken note of the decision of the Supreme Court on the Presidential election held on August 9th, 2022. We have always stood for the rule of law and the constitution. In this regard, we respect the opinion of the court although we vehemently disagree with their decision today.

Our lawyers proffered irrefutable evidence and the facts were on our side, unfortunately, the judges saw it otherwise. We find it incredible that the judges found against us on all nine (9) grounds and occasion resulted to unduly exaggerated language to refute our claims.

This judgement is by no means the end of our movement, in fact it inspires us to redouble our efforts to transform this country into a prosperous democracy where each and every Kenyan can find their full belonging.

We thank our supporters and Kenyans across the country for standing with us. We will be communicating in the near future on our plans to continue our struggle for transparency, accountability and democracy. 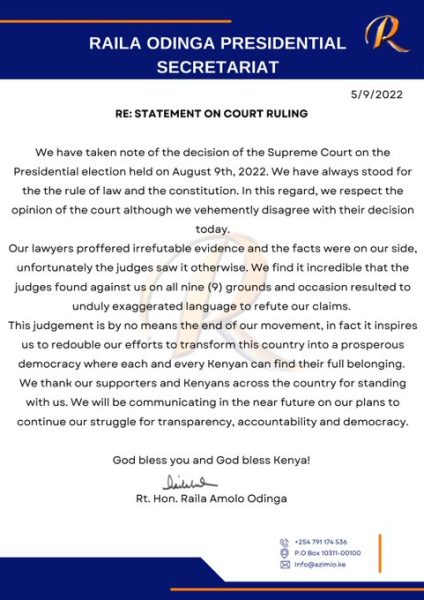