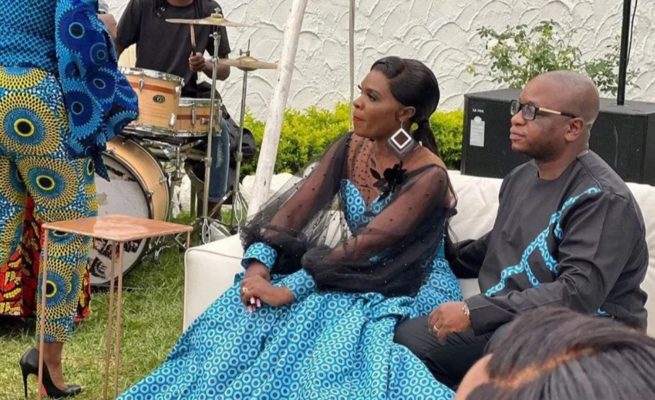 MAYBE, it was meant to be – that the US$100 000 wedding between Mai TT and Tinashe Maphosa would not last.

After all, they barely last, these unions spiced with a touch of reality TV.

Probably, we should have known because research has shown that when you want to make sure you never get divorced, then simply avoid reality TV.

The following high-profile failed relationships highlight the risk that comes when you put your marriage under the microscopic scrutiny of reality TV’s prying cameras.

Jules’ first season on The Real Housewives of New York City, the show’s eighth, hadn’t even hit its midway point when news broke that husband Michael had filed for divorce after eight years of marriage. In a very suspicious bit of timing, that new episode airing that very evening showed the first hit at marital discord between the Bravo newbies.

CYNTHIA BAILEY AND PETER THOMAS, THE REAL HOUSEWIVES OF ATLANTS

When Real Housewives of Atlanta viewers first met Cynthia in season three, she got engaged to, planned a wedding with, and got married to Peter all in one fell swoop. And all against the wishes of her family. The union was always a rocky one, with Peter’s financial issues and sketchy behaviour continually coming between the two. By season eight, Peter wasn’t even living at home anymore and after the season wrapped, the two announced plans to separate.

Arguably the first iconic couple of reality TV, the pop singer and 98 Degrees frontman won viewers’ hearts in 2003 with their MTV show that showed off the couple’s, especially Jessica’s, realness. (Remember her infamous is it chicken or is it fish query?) Alas, after three years of marriage and 41 episodes, the couple split.

LYNNE AND FRANK CURTIN, THE REAL HOUSEWIVES OF ORANGE COUNTY

When Lynne and Frank joined The Real Housewives of Orange County in season four, they were gleefully spending money like it was going out of style. By season five, Frank’s mishandling of their finances blindsided Lynne to the point that she received an eviction notice on camera. The couple called it quits shortly thereafter.

YOLANDA AND DAVID FOSTER, THE REAL HOUSEWIVES OF BEVERLY BILLS

This one stings. Yolanda and David Foster were still in their first year of marriage when she joined Bravo’s bevy of Beverly Hills beauties and, in the last three seasons, we’ve watched them in what appeared to be wedded bliss, even as she’s openly struggled with a debilitating Lyme disease diagnosis for much of that time. That’s what makes the recent news that the pair are planning to divorce after four years of marriage and nine as a couple so painful and baffling. What went wrong here?

Hell to the no! At least the tumultuous couple’s short-lived 2005 Bravo reality series gave us that catch phrase? The late icon was hesitant to appear on the series following her husband’s career, but later told Oprah she agreed to do it for Bobby. “It was just like, ‘OK, I’m your wife. What do you want me to do?’” Ripped apart by critics, the show wasn’t renewed for a second season after Whitney wouldn’t agree to appear again. After 14 years of marriage, the couple filed for legal separation in September 2006.