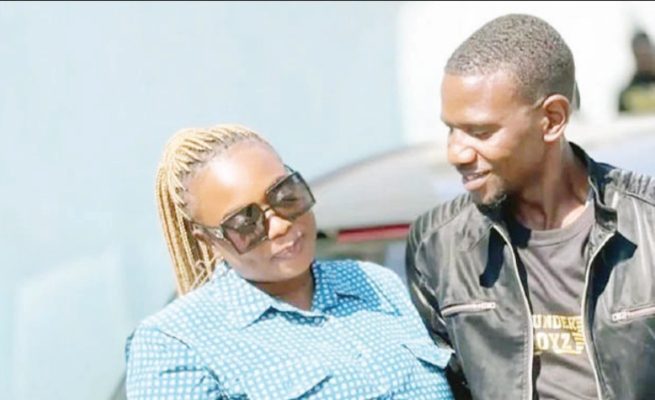 DJ Fantan’s former wife, Gamuchirai Nemukuyu, has sent the social media ablaze after sharing pictures of her with a male friend.

She, however, denied she has found love but confirmed she had now closed the DJ Fantan chapter.

Social media users were quick to claim that she had found a new partner, after divorcing the burly Chillspot Records co-founder.

For the past few months, DJ Fantan and Gamu’s marital woes hogged the limelight, which led to their nasty divorce.

Gamu also threatened to commit suicide, after she was served with a notice of eviction.

However, Gamu fuelled rumours she might have found a new lover, to comfort her, after posting pictures, with a male friend.

“Am I not allowed to take pictures with male friends or church mates and post them?

“Why do people believe anything they see on social media?

“Who said he is my boyfriend?” asked Gamu.

“The guy is my friend who I haven’t seen for the past five months.

“He goes to Kuwadzana circuit and I go to Mbare.

“So, after church, we took pictures, which I personally posted on my page.

“Besides that, I am now single, do I need to be explaining to the whole world about my business?”