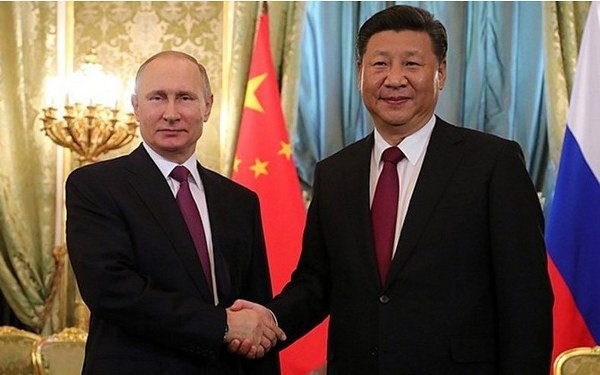 China has congratulated President Emmerson Mnangagwa on his inauguration as the second Executive President of Zimbabwe since independence in 1980, with President Xi Jinping sending his good wishes yesterday.

Other incumbent and former leaders from Sadc attended the inauguration of President Mnangagwa on Friday and offered their congratulations in person.

President Xi, who leads the world’s second-largest economy after the United States, said he was confident that President Mnangagwa would “make new headway” in the country’s development endeavours.

“On the occasion of your taking office as the President of the Republic of Zimbabwe, I wish to extend to you, on behalf of the Chinese government and people, and in my own name, our sincere congratulations and best wishes,” he said in a statement.

“I am confident that under your leadership, the Government and people of Zimbabwe will continue to make new headway in its development endeavours.”

The Chinese leader said relations between Zimbabwe and China had withstood both the change of time and changes in the international situation.

“China and Zimbabwe are good friends, good partners and good brothers,” he said. “Our relations have withstood the test of time, as well as changes in international situation.

“China values its traditional friendship with Zimbabwe. I attach great importance to China relations with Zimbabwe and will work together with you to move forward our bilateral relations and cooperation in all fields to the greater benefit of our two countries and peoples. I wish you every success in fulfilling your lofty responsibilities.

“May Zimbabwe enjoy prosperity and its people happiness and well-being,” Mr Xi said.

“The Russian-Zimbabwean relations are traditionally friendly,” he said. “I am confident that they will further develop in all spheres for the benefit of our peoples and nations, in the interests of strengthening peace, security and stability in the African continent.

“I wish you good health and success in your highly responsible activity as the Head of State.”

“We congratulate President Mnangagwa on his inauguration and wish him well as he steers the country through this transition period,” he said. “We wish to emphasise the need for the maintenance of peace and stability in the country, which I discussed with President Mnangagwa earlier this week (last week) before he headed back to Harare.”

On Friday, the Sadc Secretariat also weighed in and congratulated President Mnangagwa for his inauguration as Head of State and Government, and Commander-in-Chief of the Zimbabwe Defence Forces as they paid tribute to Zimbabweans over the peaceful manner power was transferred.

The United States of America also pledged to continue supporting Zimbabwe and assisting with the political and economic reforms.

“Last year alone, the US provided more than $253 million in assistance to Zimbabwe, which supported the improvement of health systems, services, food and nutrition, security, democratic governance and economic growth,” said Ambassador Thomas.

He said the new US embassy campus, which will open next year, is the most concrete example of his country’s continued commitment to the people of Zimbabwe.

He congratulated Zimbabwe on having a new President, saying it is an opportunity for Zimbabwe to set a new path for itself.

“Congratulations, Amhlophe, Makorokoto, Zimbabwe with the resignation of former President Robert Mugabe and the swearing in of new President Emmerson Mnangagwa. Zimbabwe has a historic opportunity to set itself on a new path.

“The path that must include democratic elections and respect for human rights. It must be the people of Zimbabwe who choose their Government. Through that process, the US urges unwavering respect for the rule of law for established democratic practices,” said the ambassador.

The people of Zimbabwe, he added, have firmly voiced their desire for a new era that will bring an end to Zimbabwe’s isolation and allow the country to rejoin the international community.

“The future of Zimbabwe must be determined and established by the people of Zimbabwe to help them shape the future they desire for themselves,” he said.

Ambassador Thomas commended President Mnangagwa’s maiden speech and urged him to put his words into action.

“The President’s words were important but it is the actions of the new Government that matter the most in the weeks and months ahead. Whatever short-term arrangements the Government may establish, the path forward must lead to free, fair and inclusive elections.

“Elections in which the people of Zimbabwe are free to assemble peacefully without undue interference and to voice their opinions without fear to choose their own leaders,” said Ambassador Thomas.

In a speech that has been warmly received around the world, President Mnangagwa said his Government will, with immediate effect, implement sweeping measures across sectors to stimulate economic growth and create employment.

Among the many measures, President Mnangagwa promised a sturdy re-engagement with the international community as “isolation has never been splendid or viable”.

The President’s maiden speech elicited an immediate response from the British government, which pledged to work closely with the new Government to turn around the economy.

Britain’s Africa Minister Rory Stewart, who became the first envoy to pay a courtesy call on President Mnangagwa, said his country was ready to strengthen its relations with Zimbabwe.