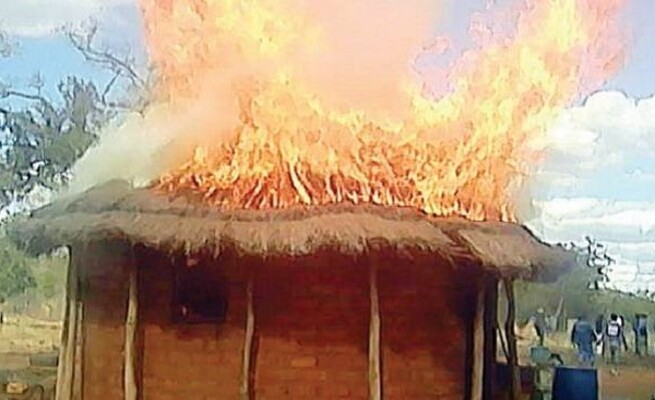 A nak3d, one-year-old baby girl was left for dead by her mother in a three-metre-deep mine shaft at Sirevo farm in Matepatepa.

The mother Elizabeth Gomo (22) of Brooklyn farm in Bindura went home and set her hut on fire in an attempt to commit suicide.

The incident happened on September 7, this year at Sirevo farm in Matepatepa at around 9am.

Provincial police spokesperson Assistant Inspector Naison Dhliwayo said Lazarus Foya (62) of Ledbury farm in Bindura went to his garden at Sirevo farm where he heard cries of a baby.

“Foya went to investigate and discovered that it was a baby girl dumped in a mining pit. She had no clothes on,” said Ass Insp Dhliwayo.

“He picked up the baby and took her to Julia Musengezi (66) of Sirevo farm for care.”

A report was made at Bindura rural police station and the police attended the scene.

An investigation led to the identification of the mother.

Gomo was arrested and she admitted to dumping her baby because of several misunderstandings she had with her new husband.

The baby’s father Martin Jack is her ex-husband.

The child was taken to the department of social services.

“We remind people that dumping or exposing a child to danger is an act of cruelty, inhuman and unlawful,” said Ass Insp Dhliwayo.

“When faced with challenges economically, socially and psychologically share with family members and Government officials. Suicide and baby dumping is not a solution.”