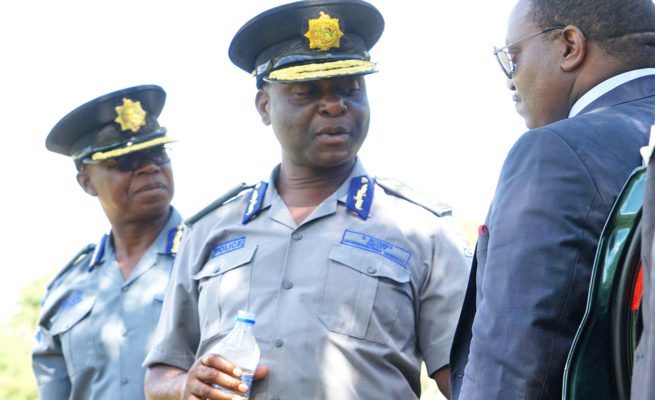 Deputy Commissioner-General Stephen Mutamba, the second in command of Zimbabwean police, has been slapped with sanctions by the United States for “undermining Zimbabwe’s democratic processes and institutions.”

The U.S. Department of the Treasury’s Office of Foreign Assets Control (OFAC) also removed eleven individuals from the Specially Designated Nationals List under the Zimbabwe sanctions programme, most of them deceased.

“Over the past two years, Mutamba has taken actions that threaten and undermine legitimate political parties who oppose the policies of the ruling Zanu PF party,” OFAC said in a statement Thursday.

“In 2021, Mutamba advocated that vote tallies not be displayed outside polling locations and that international observers should not be allowed to monitor the 2023 elections.”

Brian E. Nelson, the Under Secretary of the Treasury for Terrorism and Financial Intelligence, said: “It is imperative that Zanu PF allow full participation across the political spectrum in next year’s elections.

“The United States continues to stand with the Zimbabwean people against unjust actions against political opponents or assaults on Zimbabwe’s democracy by the Zanu PF.”

With the designation, Mutamba’s property and interests in property located in the United States or in the possession or control of U.S. persons are blocked and must be reported to OFAC. In addition, any entities that are owned, directly or indirectly, 50 percent or more in the aggregate by Mutamba are also blocked.

The 11 individuals being removed from the sanctions list are either deceased or have been deemed to no longer undermine Zimbabwe’s democratic processes and institutions.