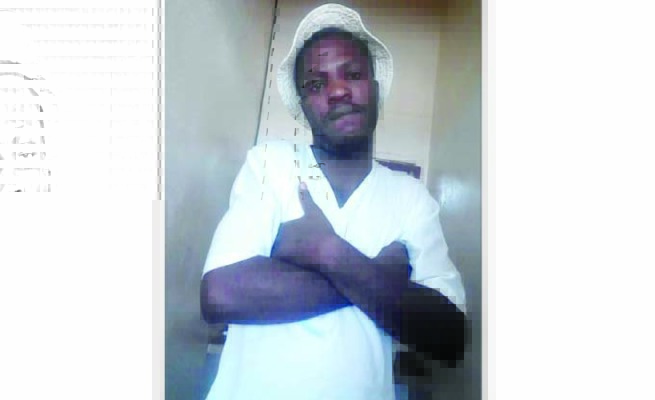 A twenty-nine-YEAR-OLD man from Bulawayo who is languishing in prison after being slapped with a 20-year prison sentence claimed his girlfriend’s parents filed false rapə charges against him as a way of “fixing” him for having a relationship with their daughter.

Mthulisi Mguni, who has so far served 11 years, said the idea of “fixing” him was hatched by his girlfriend’s parents who disapproved of his relationship with their daughter.

“It was an unfortunate situation that when I was 19 years old, I fell in love with our neighbour’s minor daughter and during that time our parents were not getting along very well so as a way of settling their scores they decided to fix me. Before that one of our neighbours warned me of the plot but I didn’t take it seriously.

“When my lover’s parents later approached me I also didn’t take them seriously as I continued dating their daughter and little did I know that one day the relationship would cost me my freedom and at the same time ruin my future considering the fact that I was only 19 years old by then,” he said.

Mguni said soon after being confronted about their relationship he spoke to his girlfriend about the issue and they agreed to stop seeing each other for some time hoping that things would change.

In a desperate bid to make sure that their relationship had been completely terminated, the girl’s parents reportedly hired people to closely monitor their movements.

“When I spoke with my girlfriend about this issue we agreed to stop seeing each other for a couple of weeks as we wanted to calm the situation. We later rekindled our love and those people who had been hired to monitor our movements reported to the girl’s parents that we were still seeing each other.

“Our continuation then forced the girl’s parents to come up with another idea to make sure that I did not see their daughter for a very long time, “he claimed.

Mguni said soon after their “reunion,” they started having consensual s_əx and the girl’s parents exploited that as an opportunity to press rape charges against him.

He claimed the girl’s parents reported the matter to the police and filed a rape charge.
“When my girlfriend’s parents discovered that I was now having s_əxual interc0urse with their daughter they used that opportunity to press rap əcharges against me. I believe that the charges were supposed to be that of having s_əxual interc0urse with a minor since it was consensual and that the girl had also lied about her age to me.

“The issue was reported to the police and I was arrested and later taken to court where I was found guilty of rapə instead of a lesser charge of sleeping with a minor.

“I was sentenced to 20 years in prison which is something that really destroyed me considering the fact that I was only 19 years old,” said Mguni.

He said soon after being given the lengthy sentence he was sent to Khami Remand Prison, where he met other inmates who had committed similar offences or even worse.

“When I first got to Khami Remand life was not easy as I never thought I was going to complete this lengthy sentence of 20 years as this was also the time for me to start preparing for my future. This really stressed me a lot as I saw my life going down to waste but with time I later started accepting the fact that I was a convict.

“While in prison as inmates we were given an opportunity to go for entertainment depending on what one enjoys a lot and during that time I joined an arts group called Insizwa Zomndeni.

“This was an imbube dance group I really enjoyed singing such that I ended up composing songs for the group, some of which we later performed in front of other inmates as part of our entertainment, “he said.

Mguni said he was later transferred to Khami Maximum Prison, where he later joined Khami School of Arts better known as (Khasa).This group gave him an opportunity to compete with other groups run by private organisations out there.

“While at Khami Maximum we had an opportunity to compete with groups from outside and from those competitions we gained a lot of exposure such that we started working on our productions for television.

“In short I would like to thank the management of Zimbabwe Prisons and Correctional Service (ZPCS) for adopting the correctional aspect that mainly focuses on developing the talent of an inmate into a productive citizen,” he said.

Nelson Bhebhe - 29 November 2022 0
The Environment Management Committee has resolved that Council rations water in the wake of suppressed water production. This is to ensure equitable distribution of water...

Tshuma Rueben - 29 November 2022 0
TWO people died, while nine others were injured after a Toyota Noah they were travelling in veered off the road and landed on its...

School head beaten to pulp after being caught red handed having səx with pupil,...

Cynthia Goba - 29 November 2022 0
PARENTS are up in arms after a Limpopo secondary school was hit by allegations of s_əxual activities involving a pupil and the deputy principal. This...

Sugar mama Vongai Zvembire (46) dies after Ben 10 crushed her head with a...

Cynthia Goba - 29 November 2022 0
EVEN THOUGH she was 17 years older than her new boyfriend, the family still accepted him into their home. They thought he was a good...

Muza Mpofu - 29 November 2022 0
MAKHADZI’S fans are tired of her endless excuses as a result they rejected her apology. She was supposed to perform at Sekhukhune Lifestyle Spring on...

Cynthia Goba - 29 November 2022 0
A 55-YEAR-OLD man living with disability died in a hit-and-run incident on Friday night. Mubango Nyama was going to Amaveni Superette when the unfortunate incident...

I want to summon my ancestors to speak to me: Drama as man appears...

Cynthia Goba - 29 November 2022 0
A KUWADZANA man appeared before Harare magistrate Dennis Mangosi on Monday clad in his traditional healer’s attire to answer to counts of intimidation and...

Cynthia Goba - 29 November 2022 0
A CONGOLESE man is in trouble for allegedly possessing a fake Zimbabwean identity document. Benjamin Kabongo, who is based in Chiredzi, claimed to hail from...