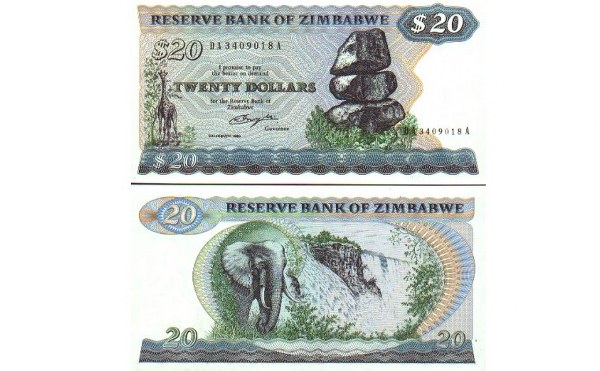 A top Mnangagwa aide, the same man who secretly carried through the president’s Robbin Hood warning earlier in November after fleeing the country, Larry Mavhima, says Zimbabwe needs its own currency.

Mavhima who together with former Cabinet minister July Moyo, has worked on Mnangagwa’s public profile, says Zimbabwe needs to have its own currency so that it can shape its own monetary policy. Mavhima told the local daily NewsDay,

“Look, everything depends with (sic) the confidence levels of the people of Zimbabwe. We need our own currency and I am sure that in time policies will be crafted that will see the re-introduction of the Zimbabwean currency.

“No country can exist without its own currency. At the moment, Zimbabwe is one of three countries in the world that doesn’t have its own currency and that is not sustainable. We cannot continue to work with the United States dollar as our currency, we have no control over its monetary policy. We need to have a currency where we can have control of the monetary policy. This government, this President is going to give direction that will give stability to the local currency.”