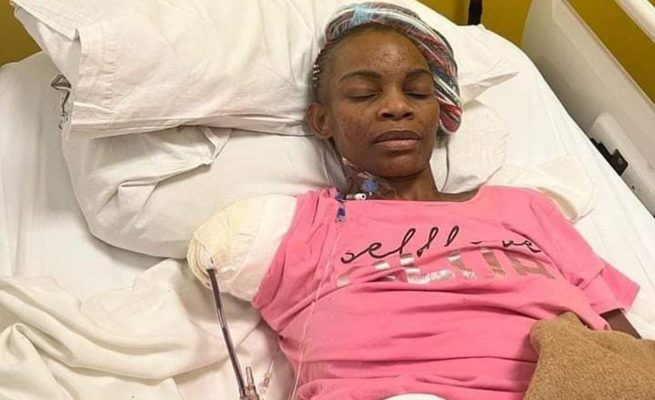 VICE President Constantino Chiwenga’s wife, Marry Mubaiwa, has had her right arm amputated as her health continues to deteriorate.

Mubaiwa is battling lymphoedema which has caused open wounds and swelling of her lower limbs.

The amputated hand could not be saved due to gangrene.

Marry Mubaiwa, the ex-wife of vice president Constantino Chiwenga has had her right arm amputated. She was diagnosed with acute lymphoedema which caused large open wounds on both forearms. Multiple applications to seek treatment in South Africa were tossed by courts pic.twitter.com/eLAUPsCxng

Mubaiwa’s health has been in the spotlight with courts refusing to grant her passport to be treated outside the country.

On some occasions, the helpless former model would be wheeled to court in an ambulance with paramedics attending to her during court sessions.

The former model is currently embroiled in a court battle with Chiwenga facing charges of attempting to kill the retired army general, money laundering and assault.

Their divorce is yet to be finalised.

On Monday reports claimed that she was remanded from her hospital bed in one of the pending cases.

However, efforts to solicit a comment from her lawyer Beatrice Mtetwa hit a brick wall as her mobile phone was unreachable.