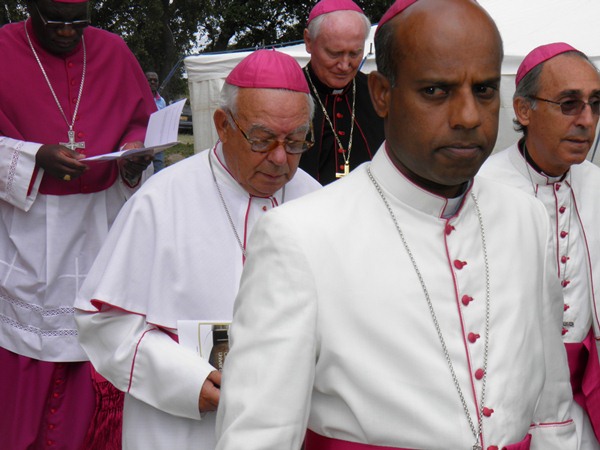 The Zimbabwe Catholic Bishops’ Conference (ZCBS) says it has forgiven former President Robert Mugabe for any shortcomings that he may have had while he was head of state for the past 37 years. Mugabe is a known Catholic. As part of the deal for him to step down as President, Mugabe was also granted immunity from prosecution for any crimes that he may have committed during his long tenure in office.

In a statement, the ZCBC said:

We thank the former President for the good work he did for Zimbabwe during the liberation struggle and as President for 37 years. We forgive him for any shortcomings during his long tenure of office. We wish the new incumbent every blessing and success.

The bishops also implored Mnangagwa to set up a people-inclusive transition mechanism. The statement on to say:

Beyond this crisis, a sustainable normalisation of Zimbabwe can only be achieved through a people-inclusive and participatory process in a democratic way. We encourage the governance of Zimbabwe in any transition that may be adopted to embrace all Zimbabweans in their diversity and their oneness. This is a Kairos moment where all Zimbabweans should have a voice in this transition.

News Tshuma Rueben - 4 December 2020 0
MDC Vice President Tendai Biti has said he has been detained by ZRP since morning and he has been charged for calling someone an...
Loading...