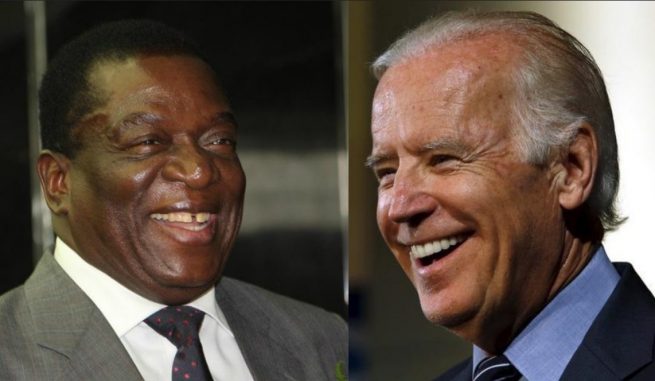 PRESIDENT Mnangagwa yesterday met with chief executive officers and managers of Fortune-listed companies, most of whom, expressed interest in investing in Zimbabwe owing to the enabling business operating environment that has been availed by the Second Republic.

After a string of political engagements — highlighted by his well-received speech at the United Nations General Assembly (UNGA) — the President engaged businesses head-quartered in New York, the world financial and commercial hub.

Prior to the dinner that was hosted last night (New York time), the President had extensive discussions with representatives from Mabetex Group, a Swiss construction and civil engineering company, that also has interests in tourism and hospitality as well as the health sector.

He had a meeting with Ms Shelly Swanback the CEO of TTEC, one of the largest, global CX (customer experience) technology and services innovators for end-to-end, digital CX solutions.

The company delivers leading CX technology and operational CX orchestration at scale through its proprietary cloud-based CXaaS (Customer Experience as a Service) platform.

After the meeting with the President, Ms Swanback, whose company is worth over US$2 billion said they were ready to do business with Zimbabwe.

“We are a business outsourcing company, employing people across the world to help our clients serve their customers, using a combination of technology and people. We are considering coming to Zimbabwe, that is the conversation we had with the President,” she said.

CBZ chairman Mr Marc Holtzman, who facilitated the meeting between the President, CEOs, company presidents and managers, said in his engagements, there is a global appetite to do business with Zimbabwe.

“We have several highly important United States-based investment fund managers coming to dinner with His Excellency. People in the room will represent billions in investment capital.

“There are people who are really inspired by President Mnangagwa and his Vision to transform Zimbabwe, his openness, opportunities in agriculture, natural resources. It’s a wonderful occasion,” said Mr Holtzman.

Representatives of the multimillion Mabetex Group, who also met the President said President Mnangagwa’s “Zimbabwe is Open for Business” has piqued their interest and they will soon set up shop in Zimbabwe, to build conference centres, tourism facilities and also houses.

“We have been looking at moving in Zimbabwe for a few months now. We are looking at various investments in the country, one of the first one is going to be the CBZ headquarters which will eventually turn into Harare International Investment Hub, an incubator to attract other international anchor tenants.

“We are also looking at other investments in Victoria Falls. We also own and operate hotels, healthcare is another area we are looking at.

“When we spoke with the President, his vision is very very clear on moving forward and leaping forward over the next few years and creating a completely different atmosphere in the country, providing services that the country really want,” said Mr Korab Toplica, the General Counsel and Director of Business Development at Mabetex Group.

His President, Mr Emin Pacolli, who is a billionaire, said they will soon be on the ground in Zimbabwe to commence works.

Mabetex Group is not only a world renowned contractor but also an experienced hotel operator with a global pedigree via their own Hotels and management company (Swiss Diamond Hotels) as well as a major healthcare facility constructor.

“We feel that we can engage in a project which will give Victoria Falls a combination of high-end healthcare and hospitality services to rival any healthcare-tourist complex around the world.

“Having built several airports around the world and now building Europe’s last greenfield site Airport in Vlora, Southern Albania, Mabetex group has a joint venture with Munich International Airport (MIA) which manages over 750 million passengers worldwide. Privatising all the operations of the Airports in Zimbabwe will allow the country to offer efficient world class operations and management services and will excel the country in becoming a regional hub.”

The company will also build high end and quality houses in Mt Hampden, the future Government city, on top of a quality hotel with first class amenities and services.