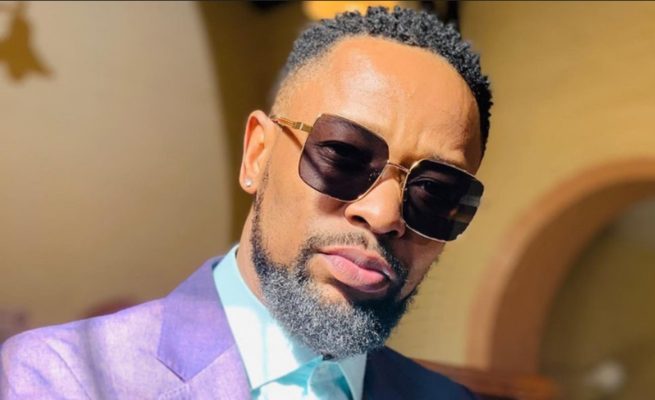 This after he posted a video of him in action on one of the scenes. The clip has since been deleted from his Instagram, but had gone viral and earned him one million followers.

The suggestive clip is one of many raunchy videos from the 36-year-old, as an oral səx video of him was leaked earlier this year.

In the racy səx scene, SK has a steamy səx session with Mam Rebs, played by Linda Sebezo.

But it wasn’t received well by some tweeps as they reckoned this was probably a strategy to gain more followers.

However, some complimented him, saying they needed him in their lives as his portrayal of bad-boy energy was səxy.

Tweep @lesedi_rx commented: “I can’t believe I just saw SK Khoza having səx with Linda Sebezo. I know they were acting but yoh! I need to unsee that with immediate effect.”

User @Collen_KM said: “SK Khoza knows that bad publicity sells. The more people keep talking about him, the more gigs he will get.”

Then @nhlanhlazimu97 added: “If there’s someone who took lemons and made lemonade, it has to be SK Khoza. His PR team is capitalising hard on the controversy, aligning him with gigs and everyone in the business wins – the production show, his acting career and team. What a way to spice up SA TV.”