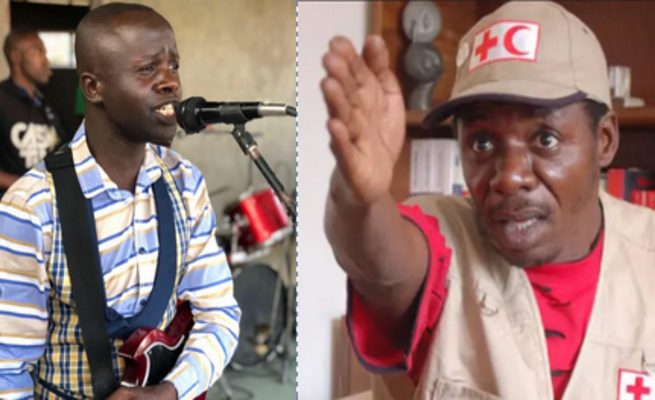 This aptly sums up the just-ended star-studded sungura gig held at the Harare International Conference Centre on Saturday.

Dubbed “Sungura Blast”, the gig turned out to be a big farce after it attracted a paltry crowd.

With a perfect line-up led by superster Alick Macheso, the poor turnout exposed the promoters’ short-comings.

Despite the good stage set-up, perfect sound and superb lighting, the poor attendance was the talking point stole as the auditorium was almost empty.

To say the event was a flop would be an understatement.

It was also evident the event organisers didn’t market their event to perfection.

At least, they should have engaged a seasoned promoter to help them in marketing the event.

And, whoever slept on duty at Gateway Stream Music, deserves a stick for failing what could have easily passed as a simple test.

Parading all the stars under one roof, it’s hard to believe how the script horribly went wrong.

The planning boobs have also come as a rude awakening to Gateway Stream Music, who made an impact during the Covid-19 lockdown.

It was also sad to note that some fans returned home in protest over the gate charges.

They ended up charging more than US$20 for the ordinary ticket and US$50 for VIP.

Initially, they had indicated that the cheapest ticket was pegged at U$10 but that was not to be.

Research has shown that sungura fans are very particular with gate charges.

In most cases, the highest figure fans can sacrifice is US$10.

The majority of sungura artists charge US$5 and below during live shows.

Despite the poor attendance, artists on the line-up delivered to their best.

Kuimba, who appeared first on stage, had a good day in office.

He made his life easier after playing mainly sing-along tracks.

Strumming his acoustic guitar, with absolute finesse, it was evident he had come well prepared.

He thrilled a handful of fans as the opening act.

He then played Ngoromera and Kusakura Ndzunza, cover versions penned by the late Oliver “Tuku” Mtukudzi.