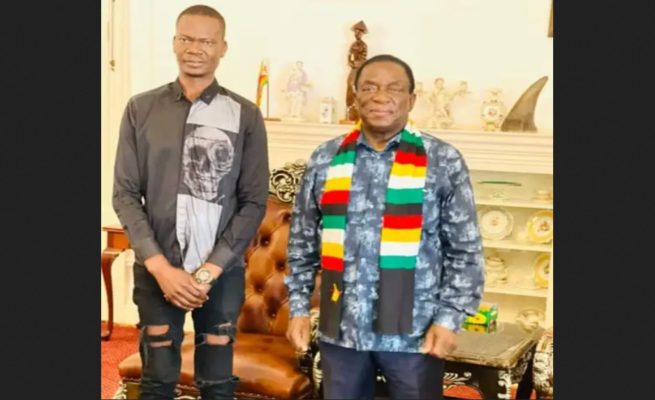 Chimombe was picked up from his Borrowdale Brooke residency by Criminal Investigative Detectives on Monday after allegedly refusing to be arrested by uniformed Zimbabwe Republic Police (ZRP) officers.

He is being accused of defrauding a Harare businessman Brian Marungamise of US$16, 900 in a botched transaction for a housing stand.

Marungamise is said to have paid US$16,900 for the stand in Tynwald, before discovering that he had been swindled.

Posting on twitter, the Zimbabwe Republic Police confirmed the arrest and said he was arrested together with his brother Steven Chimombe and Heymish Katsande.

“The ZRP confirms the arrest of Mike Chimombe (41) for fraudulent land deals which occurred between August 2020 and December 2021 in Harare where the complainant was duped US$16 900.

“The other suspects, Heymish Katsande (33) and Steven Chimombe (33) were arrested in July 2022 and have already appeared in court where the matter was remanded to 26 October 2022,” ZRP said.

Chimombe was recently in the eye of an adult_ery scandal after he allegedly impreg_nated his wife’s younger sister.

Back in 2021, he was also accused of attempted rap_e after he tried forcing a teenage girl to film him while he was having lula lula with his lover and also tried luring him to join them.