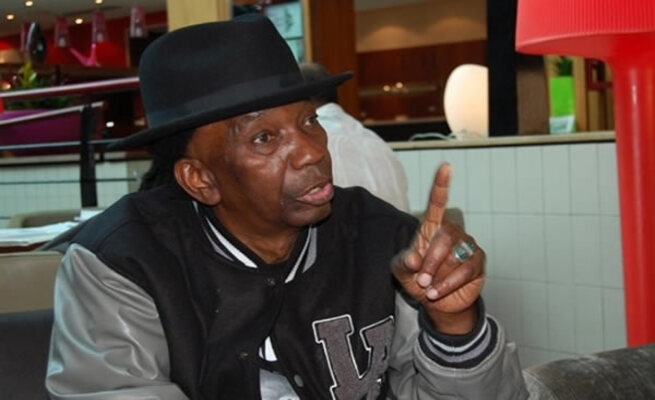 EXILED Chimurenga musician Thomas “Mukanya” Mapfumo says he will not be able to travel to Zimbabwe for the burial of his late brother Lancelot as he fears for his life.

Lancelot, a percussionist, was one of the founding members of the Blacks Unlimited, an outfit that Mukanya fronts.

A few months before his death, Lancelot missed several shows due to illness.

Pre-independence, Mapfumo was imprisoned without charges under the Ian Smith Rhodesian regime.

He later went on to be a fierce opponent and critic of the Robert Mugabe regime before being forced into exile in the United States.

Mukanya has also rebuked President Emmerson Mnangagwa’s regime, which ascended to power through a military assisted coup in 2017.

In an exclusive interview with Standard Style from his United States base on Friday, Mapfumo said he will not make the trip to Zimbabwe for the burial of Lancelot.

“Lancelot was my brother, workmate and friend. I and the band have lost someone we worked with throughout our lives. It won’t be possible to fill his gap,” Mapfumo said.

“Lancelot will be buried in Zimbabwe, his homeland. We are making arrangements to bring his body from here.

“Unfortunately, I won’t make the trip to Zimbabwe because of political reasons, as you know I am not a favourite of the government.

“I fear for my life and safety if I come to Zimbabwe.”

Mapfumo christened his style of music Chimurenga, aptly meaning a “little flame”, the name of a previous revolutionary movement in the late 19th century which fought against colonialists.

“The country is not moving forward. It’s evident that the current government has failed the people and the gains of liberation struggle have been wiped off,” he said.

“I am totally against the Mnangagwa regime. People, the young people should take into the streets and remove Mnangagwa.

“I hate an oppressor, that’s why I am in exile. If it was to me I would be living large in Zimbabwe with farms and stealing money like they do, but I decided to stand with the people.

“I stand with the oppressed. I am of the freedoms of the people and freeing the black man.”

Mapfumo’s song Hokoyo caught the attention of the then Rhodesian government; aptly meaning “watch out”. The song was banned on state-controlled radio stations and the Smith regime eventually threw him into prison without charges in 1979.

The imprisonment led to demonstrations in protest of his arrest and the government was pressured to release him after three months in prison camp.

After independence, Mapfumo would again criticize the government led by Robert Mugabe that he helped bring to power.

In 1989, Mapfumo released a politically charged album Corruption, which criticised Mugabe and his government. The singer became a target of the state and a regular receiver of harassment in the hands of the state. He was at one time accused of theft of a motor vehicle. The musician later moved to the United States in the late 1990s.

After Mugabe’s overthrow in 2017, Mapfumo returned to Zimbabwe in 2018, to a massive show named ‘Homecoming Bira’ in the capital.

He returned to his base after a four month long visit, but surprisingly Mapfumo now claims that he is not safe from political danger.