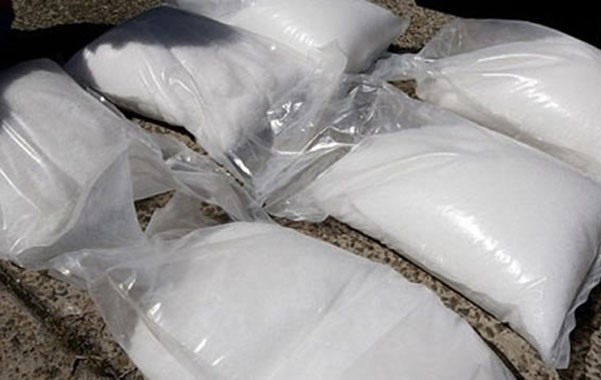 A FEMALE tourist from India who was arrested at Victoria Falls Airport trying to smuggle more than 9kg of heroin worth close to US$500 000 on Saturday, appeared in court today.

Heroin is a dangerous central nervous system depressant. It slows down a person’s brain function and affects their breathing (which can slow down or even stop). The person’s body temperature and blood pressure drop, and their heartbeat can become irregular. The person may lose consciousness or lapse into a coma.

Shaikh Zeenat Khatoon Rafiq (43) from Mumbai in India, had entered the country through the same airport on September 20.

She was arrested on Saturday after detectives from the Criminal Investigation Department, Drugs and Narcotics in Victoria Falls received information that she was in possession of heroin which she intended to smuggle to India via Ethiopia.

Rafiq appeared before Victoria Falls magistrate Mr Godswill Mavenge charged with unlawful dealing in dangerous drugs in contravention of Section 156 (1) (a) of the Code.

She was remanded in custody to October 17 for a possible start of trial.

The court was told that after getting information about the suspected contraband, detectives at Victoria Falls International Airport monitored baggage of passengers intending to board Ethiopian Airlines at the check-in point.

Rafiq arrived carrying a silver travelling bag and a small navy-blue bag and went through all check-in, immigration and customs formalities to board an Ethiopian Airlines enroute to India.

Detectives at the baggage scanner detected suspicious contents in her silver bag and summoned the accused so it could be searched in her presence.

From the silver bag, the court was told, an opium also known as heroin was found stashed in an air tight plastic bag.

Investigations showed that Rafiq entered the country on September 20 through Victoria Falls Airport and stayed at a local lodge.

She told police that an agent contacted her online and asked her to carry the contraband but didn’t meet the person.

She said a woman handed the drugs to her while still at the lodge on the day she intended to depart before her arrest.