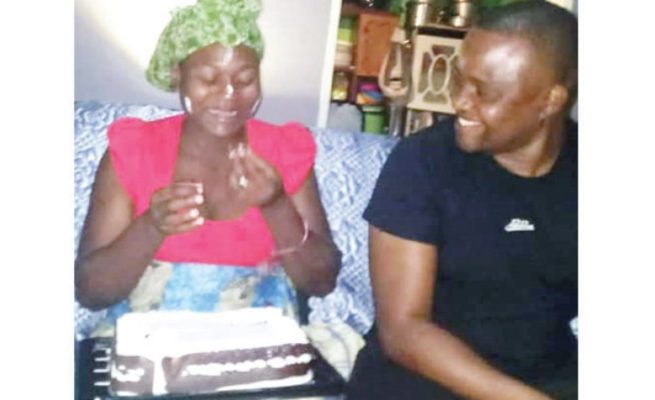 MADAM Boss’ husband, Ngonidzashe Munetsiwa, once enjoyed a good time celebrating the birthday of his lover, H-Metro has exclusively gathered.

This has been revealed by some of the photos which were leaked when Evangelista Zhou clashed with Madam Boss on Monday.

Evangelista sent the photographs to her inner circle after Madam Boss threatened to evict her from the home where she is staying in Riverside, Chitungwiza.

Some of the pictures show her having a good time with Ngoni.

An impeccable source, close to Evangelista, told H-Metro that her fears were that she would lose all the evidence of the good times she used to enjoy with Ngoni.

She claims Ngoni is responsible for her preg_nancy.

“Evangelista was assaulted and her phone tampered with,” said the source.

“That is why she wanted her pictures with Ngoni to be protected.

“Madam Boss claimed that Evangelista was communicating with another man from Masvingo, after she went through her WhatsApp conversation.

“She is feeling very insecure and that is the reason why she approached courts for a peace order.

“Ngoni pleaded with her for the withdrawal of the peace order.”

Madam Boss was reported to have deleted some images of Evangelista with Ngoni, from the phone.

She was unaware that her husband’s lover had already secured the photos somewhere else, presumably for evidence.

Some of the remaining photographs show Ngoni and Evangelista at a house in the rural areas.

Evangelista has been kept indoors by Ngoni after H-Metro exposed their illicit affair sometime in March.

She was initially taken to Avondale but moved out of the lodgings in protest.

She ended up being taken to the house, which belongs to Ngoni and Madam Boss, in Chitungwiza.