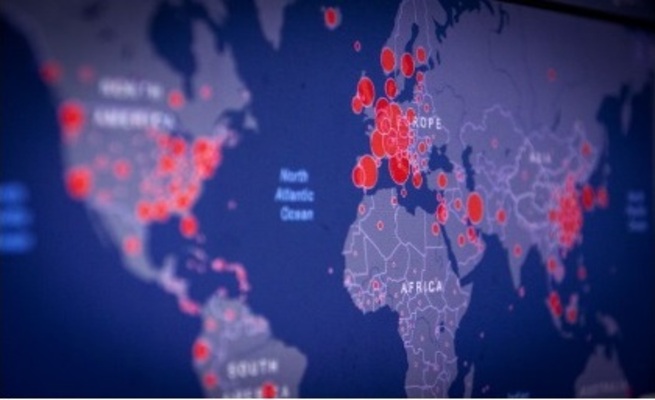 Last Autumn, everyone was set to kick back and enjoy Christmas and the end of the year. People bought festive food, wrapped presents, and organized get togethers with their loved ones. After an awful festive period in 2020, with most of the world on lockdown, people were ecstatic about being able to celebrate with their families again.

That is until Omicron rolled around, and it felt like we were back to square one. Despite high levels of vaccination throughout Europe, rates soared, and many people ended up in lockdown for Christmas.

Will it be another round of the same this year? Here’s an analysis of what’s going on.

How much have rates gone up?

Rates have gone up by about 14% in the UK and 17% in Belgium. Hospitalizations are going up at a much slower rate, but they are still increasing. So, rates are undoubtedly going up, although not quite at the crazy speeds seen previously in the pandemic.

The rates are, however, thought to be even higher than anticipated. This is because most people now test with an LFT, or rapid test. These can be purchased from pharmacies and show results in as little as 15 minutes. While some governments request that people report the results of the lateral flow tests, lots of people don’t.

Furthermore, free testing is not widely available in most countries anymore, so lots of people who may have the virus do not test, thinking it is just a common cold (when vaccinated, COVID causes symptoms that are similar to a cold).

What does this mean for the world?

The good news is that if you’re triple vaccinated, the chances of you getting seriously sick from COVID are low. However, there’s still a sizable chance of catching the virus – but you’ll likely just experience some cold-like symptoms for a few days, which is manageable.

In the UK, 7,000 people were in hospital with the virus at the end of September. But it’s thought that 60% of these (4,200 people) were being treated for something else, not for COVID. This compares dramatically to days in January 2021 when nearly 2,000 people were dying every day.

However, some people who are more at risk could still be susceptible to serious bouts of the disease. Therefore, it’s important that these people have extra boosters of the vaccination if required. Some may also try to avoid crowded spaces and confirm that people around them are testing for the virus regularly.

One thing that some doctors are very worried about is the possibility of a “twindemic”; they are concerned that flu rates could be worse this year than previously. Therefore, the experts are advising eligible people to get their flu jabs as well as an extra COVID booster, if applicable.

Will rates go up everywhere?

While this latest trend has been seen mainly in Europe, during the pandemic trends tend to spread. Originally, the virus was focused in East Asia, then it hit Europe, and then the Americas.

So while the rates seem to be primarily rising in Europe right now, this is likely to correspond to a rise elsewhere in the world, particularly in countries with no border restrictions. However, countries in the Southern Hemisphere may avoid this rise, as they’ve just had a winter.

Why have rates gone up?

We’ve been in this pandemic for nearly three years now, and it’s common for rates to go up around this time of year. SARS-CoV-2, the virus that causes Coronavirus, tends to thrive in cooler conditions, much like the common cold and flu.

This is generally thanks to the fact that people tend to meet indoors rather than outdoors at this time of year.

Of course, this doesn’t mean that the virus doesn’t happen in hotter weather, as demonstrated by the historically high rates of COVID in countries like Mexico, which is generally quite warm.

Rates have also gone up simply because there are very few restrictions in place nowadays. Some countries, like Italy and Germany, still have mask mandates, but many, like UK and Hungary, got rid of all of their requirements a long time ago.

During lockdowns and even this time last year, people were avoiding social situations, having virtual pub nights on Zoom, and working remotely. A lot has changed in the past year, thanks to the success of vaccinations, and life in Europe has largely gone back to normal. There are barely any border restrictions, masks aren’t used in most countries, and people are spending less time on Zoom calls and in online casinos, and more in-person at parties and nightclubs.

As the weather gets colder, it seems almost inevitable that COVID rates will rise. But considering that a lot of Europe is fully vaccinated, this could mean that we don’t see the same number of hospitalizations and deaths as in previous years.

In a way, this happened with Omicron last year. People were geared up for another lockdown Christmas, but it turned out to be milder, largely thanks to the amount of people who were vaccinated, and fortunately, most people who caught it weren’t too affected.

Some things are being put into place to combat the possible rise in rates, including COVID boosters being offered to vulnerable people.

Will Christmas be cancelled?

It’s unlikely that Christmas will be cancelled this year, largely due to the amount of people who have been vaccinated and the fact that most infections are now mild. There’s a higher chance of mask mandates and other precautions coming into action, but these are also unlikely – especially as some countries, like the UAE, have literally just got rid of them.

So, while COVID rates are on the rise, the situation is nowhere near as bleaker as it has been in previous years. It’s likely that you’ll be able to spend Christmas with your loved ones despite the rise in rates – but it is important to test if you have symptoms and be mindful that COVID still can be dangerous for some vulnerable people.