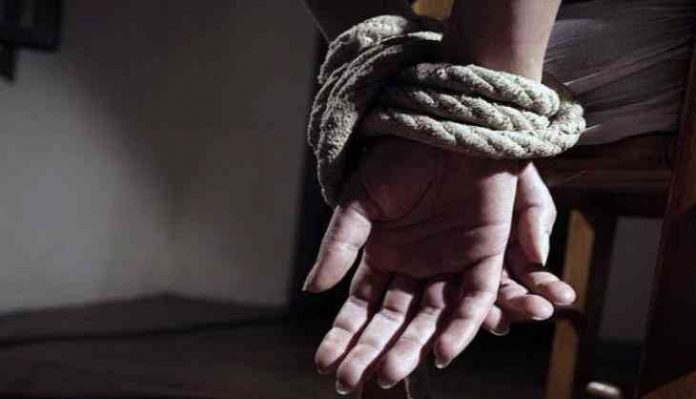 FOUR suspects allegedly attacked a 28-year-old Bulawayo man with logs before they took turns to sod0mise him at knifepoint.

The incident occurred on Sunday at a house in Pelandaba West suburb. Bulawayo provincial police spokesperson, Inspector Abednico Ncube confirmed the incident yesterday, saying the quartet is still at large.

He said they have since launched a manhunt for the four suspects.

Sources said the suspects went to the victim’s house in Pelandaba West on Sunday morning purporting they wanted to apprehend him for allegedly stealing their gas cylinder.

“When the four men arrived at the complainant’s home, he had gone to the shops. They then left his house and met him on his way back during which they produced an okapi knife threatening to stab him and he took to his heels,” said the source.

“The suspects chased the victim and caught up with him before they indiscriminately assaulted him with logs all over the body. They then took the victim to a house in Pelandaba West suburb where they continued to assault him.”

“The victim was rescued by a neighbour who managed to stop the suspects from continuing to s_əxually attack him,” he said.

Insp Ncube said the suspects fled from the scene and police have since launched a manhunt.

“We are appealing to anyone with information that might lead to the arrest of the four suspects to contact any nearest police station,” he said.

The latest incident comes hot on the heels of a similar case involving an 18-year-old man from the same suburb who was arrested for indecently assaulting his neighbour’s daughter.

The suspect lured the girl and her friends to his house on the pretext that he wanted to assist them with school work.

Mackenzie is said to have been one of more than 50 boys who were abused by the late Scott for a period of more than 40 years.

Scott died before victims could get justice with victims decrying the slow wheels of justice as some of them had lived with the trauma for nearly 40 years as the abuse allegedly started in late 1970s.

It is alleged that Mackenzie grew to become Scott’s protégé in s_əxually abusing boys where they used their positions within the Scout Association of Zimbabwe to commit the crimes.

The boys’ s_əxual abuse is said to have gone for more than 40 years undetected until last year when one of the victims opened up on the abuse with more survivors later sharing their experiences.

Research shows that more than 80 000 individuals are reported to have been səxually abused within the Scouts Association of America which is also being sued for concealing some of the abuse cases.