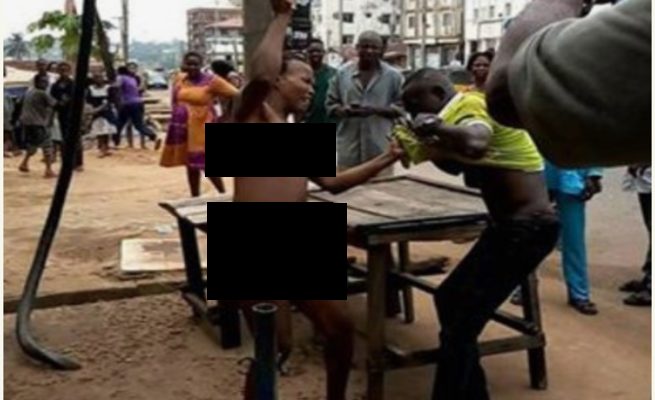 FIVE s_əx workers plying their trade in Harare’s Avenues red-light district have been charged with robbery after they reportedly accused their client of messing their sheets and forced him to pay US$800 in damages.

Allegations are that on October 10 this year, the complainant Stanford Madyara proposed to Aisha, who agreed and charged him US$10 for the romp.

Later, Madyara changed his mind and proposed to Natalia. While in Natalia’s room, Aisha then accused Madyara of messing her sheets.

Together with three other s_əx workers who are still at large, Aisha and Natalia demanded compensation from Madyara for messing up the sheets.

They allegedly assaulted him and forcibly took his Samsung Galaxy M13 phone and US$600 from him.

The matter was reported to the police and the s_əx workers were arrested at Girlcourt House after he positively identified them.

One of the accused, Zuze was found still in possession of the complainant’s cellphone.

The total value of goods stolen is US$895 and US$50 was recovered.

In another matter before the courts, a Chitungwiza teenager has slapped police Commissioner General Godwin Matanga and Home Affairs minister Kazembe Kazembe with a US$15 000 lawsuit after he was randomly shot by police who were chasing a robbery suspect.

Tashinga Mugwara was shot on June 27, 2022 while at a gas refuelling station at Taita Shops in Chitungwiza.

As police officers pursued a robbery suspect, they ordered everyone at the gas station to lie down.

Mugwara was, unfortunately, shot in the incident resulting in him suffering severe injuries and had to be operated on.

“Mugwara will potentially suffer from adhesive bowel obstruction in future as a result of the injuries which he sustained owing to the unwarranted shooting by ZRP officers,” read a statement by the Zimbabwe Lawyers for Human Rights (ZLHR).

Rights lawyer Tinashe Chinopfukutwa submitted that in shooting his client, the police acted negligently as the teenager had not committed any criminal offence.

“Mugwara was unarmed and had not threatened the law enforcement agents in any way which justified their resort to severe force. It was reasonably foreseeable in the circumstances that to resort to the use of live ammunition at a shopping centre would result in injury to innocent civilians.

“Mugwara suffered damages amounting to US$15 000 broken down as US$5 000 being damages for pain and suffering, US$5 000 for contumelia and affront to dignity and another US$5 000 is damages for future medical expenses to be incurred, the ZLHR said.