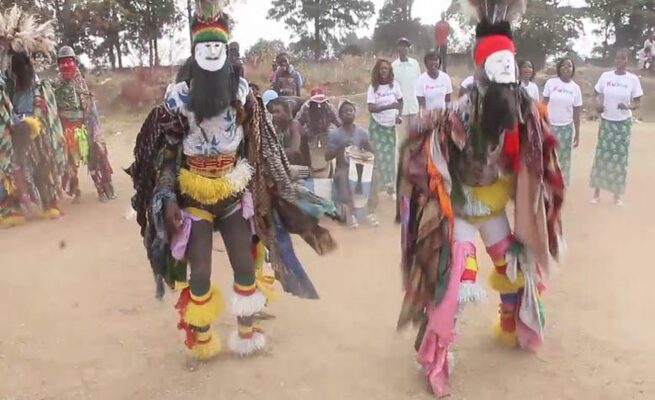 The hoodlums are said to be Nyau dancers from the Kumapositori area in St Mary’s.

They are reported to have removed some precast wall panels to gain entry into the school premises and attacked pupils, confiscating their cellphones and laptops.

A teacher, who identified himself as Mr Sibiya, told H-Metro the incident was reported to the police, who are conducting investigations.

“There were a number of hooligans who stormed the school and attacked some learners,” said Sibiya.

“The matter is now being handled by police and the precast wall panels destroyed are being replaced.

“A number of teachers were away attending a funeral on the day the thugs terrorised learners in their classrooms,” he said.

Pupils marched to the school’s administration block demonstrating against school authorities for failing to stem continued bullying at the school.

A teacher, who identified himself as Mr Sibiya, told H-Metro the incident was reported to the police, who are conducting investigations.

“There is a lot of bullying at the school,” said one of the learners.

“We demonstrated against school authorities for not taking action since a number of these ugly incidents took place in front of their eyes.

“We are appealing for urgent attention on this matter because some of the pupils are now hesitant to come to school.

“School authorities fear these so-called Nyau dancers, but we cannot be exposed to such brutality.

“Deputy head tavaudza vakati madii kutiza. Our security at school is compromised, and we are not safe,” said the pupil.

The attack followed a fight between two students over a hat.

One of the pupils, from the Mapositori area in St Mary’s, is believed to have called the Nyau dancers to attack other learners, in retaliation.

The school has had its fair share of violent incidents.

A Zengeza 2 High pupil teamed up with his friends and went to a private school, in Manyame Park, where he killed a pupil in a knife attack, last year.

Two cops were patrolling the school yesterday when an H-Metro crew visited.

Repair of the damaged precast wall was also in progress.