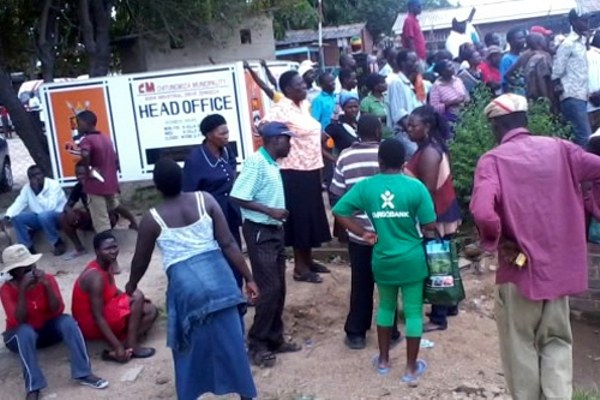 CHITUNGWIZA has become the capital city of ‘ghost’ houses with more than 25 000 unregularised homes in the dormitory town.

This is according to Harare Metropolitan Provincial Affairs and Devolution Permanent Secretary Tafadzwa Muguti.

Chitungwiza accounts for nearly 50 percent of the 52 000 illegal houses in Harare province, which also covers Epworth and Ruwa.

The Chitungwiza Municipality has been operating without a master plan since 1996.

This has resulted in the local authority facing a lot of challenges, chief among them, uncontrolled residential developments.

There has been a massive invasion of institutional stands, wetlands, recreational, as well as servitude areas.

“Regarding the mushrooming of illegal houses, we have been working on issuing stock development orders and enforcement orders,” he said.

“However, the illegal activities continue despite us giving warnings to residents.

“To those building their homes illegally, we are in the process of crafting a masterplan, which will guide us on how we should proceed.

“We are going to be checking whether the houses were constructed on servitudes, sewer, under power lines and all undesignated sites.”

Muguti said land barons were contributing to the spike in illegal settlements due to the absence of a Council master plan wealth.

“As we speak, dysfunctional settlements are the order of the day in towns such as Chitungwiza.

“We have over 52 000 illegal settlements in Harare province.

“Some have no documents and some have corrupt documents, and Chitungwiza alone has 25 000.

“Government is having a headache trying to clear a mess that has been created by some opportunists who are not even Council workers or Government officials.”

“If someone is corrupt, they should face the law.

“If we see you building without documentation, we will act immediately,” Muguti said.