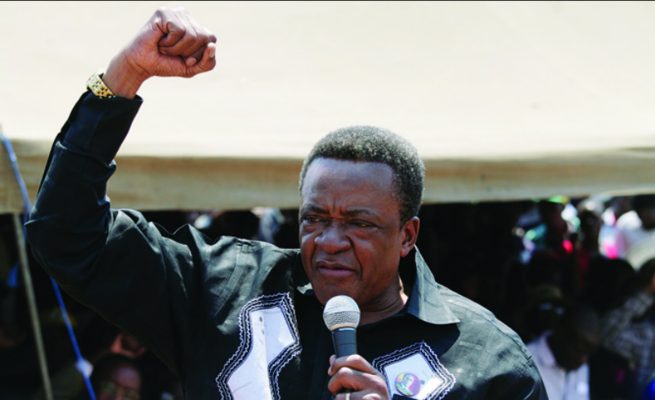 A coterie of serving and retired army generals plotting the eviction of an estimated 300 Chegutu families to pave way for a proposed platinum project, has reportedly called an emergency meeting to sanitise the plan.

This followed an expose of the proposed development by NewZimbabwe last week.

The firm, which was reported to be co-owned by the Chinese and military personnel, is headed by one Major General Ncube and his colleagues, it has emerged.

Alarmed by the wide media coverage the story received, representatives of the firm called for an emergency meeting Tuesday night, with headmen, farmer representative groups and Chegutu legislator, Webster Shamu.

“They didn’t want to tell people that because of self-pride. Due to pain, we called some reporters and the stories written thereafter reached all parts of the country and abroad, and that is when they called for an emergency meeting.

“We can honestly say the outcome of the meeting was favourable and what they told us today was different from what we were being told previously,” said Nkomo.

Headman Almsdeeds Dambiranwa told NewZimbabwe villagers would no longer be affected by the impending mining venture, which would only affect a nearby wildlife safari lodge.

“We held a meeting today with MP Webster Shamhu in attendance. He was also not notified formally about the developments for it was the issue he first raised during the meeting,” said Dambiranwa.

“So during the meeting that is when they (army generals) conceded they had not communicated properly, and emphasised the developments would not affect those at Hopewell farm, but a nearby animal sanctuary.”