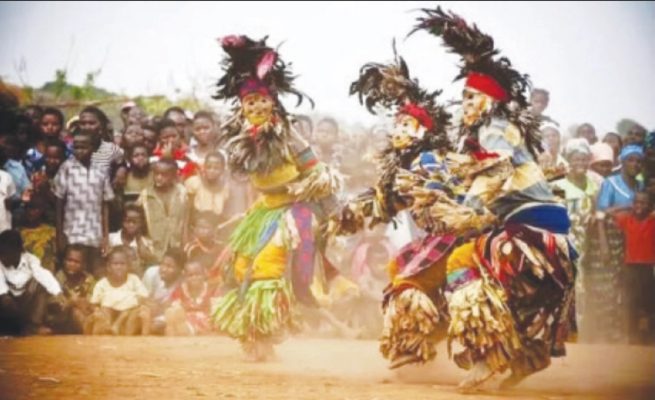 NYAU dancers are not a law unto themselves.

Just like everyone else, they have to operate within the confines of the law.

Yesterday, we carried a disturbing report of a gang of Nyau dancers who unleashed a reign of terror at Zengeza 2 High School.

These thugs stormed the school twice, in what clearly shows us that they believed they had become a law unto themselves, and savagely attacked students.

Most of the students, who were the victims of their merciless bashing, were left nursing various injuries.

According to reports, the hoodlums are said to be Nyau dancers from the Kumapositori area in St Mary’s.

They even had the audacity to remove some of the precast wall panels, for them to force their way into the school premises.

Once they were there, they started attacking the pupils and confiscating their cell phones and laptops.

“There were a number of hooligans who stormed the school and attacked some learners,” a teacher at the school told this newspaper.

“The matter is now being handled by police and the precast wall panels destroyed are being replaced.

“A number of teachers were away attending a funeral on the day the thugs terrorised learners in their classrooms,” he said.

Inevitably, this has sparked protests, with some pupils marching to the school’s administration block in a demonstration against the school authorities for failing to stem this shameless kind of bullying.

What has emerged is that the attack by the Nyau dancers was triggered by a fight between two students over a hat.

One of the pupils, from the Mapositori area in St Mary’s, is believed to have turned to the Nyau dancers to attack other students, in retaliation.

This is just unacceptable.

Violence at schools, in whatever form, is the last thing we want to hear.

When we send our kids to school, we should always feel that they are safe and can learn without carrying any fear that they could end up being savaged, in one way or another, by some people.

We are investing into our future, and the future of our country, by ensuring that our children are educated. We have always prided ourselves, as Zimbabweans, as a people who respect the value of education.

We have created a profile for ourselves, around the world, as a people who are very educated and invest a lot in the education of their children.

It’s something that we do naturally, a baton that is passed from one parent to another, and this has created this cycle where every generation invests in education.

The last thing we want is to transform our schools into places where chaos is the order of the day and students can be attacked, by outsiders, for one reason or another.

It’s also high time authorities take a closer look at what goes on at Zengeza 2 High.

Not so long ago, a pupil at the school teamed up with his friends and went to a private school, in Manyame Park, where he killed a pupil in a knife attack, last year.