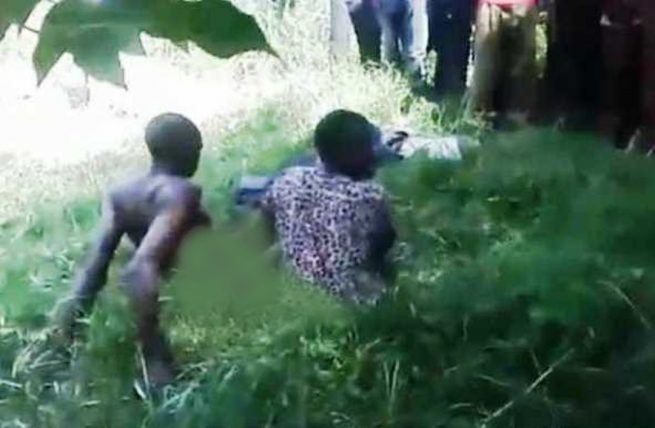 A couple from Mtapa suburb in Gweru was ambushed by two thugs while they were heading to the city centre before they undressed the man and reportedly forced him to mastur_batə and allegedly s_əxually attacked his wife while he was watching.

A relative of the couple said the tragedy struck while the couple were heading to the city centre along a footpath at around 8.30 pm on Tuesday this week.

The relative said two men ambushed the couple and when they got nearer to them they struck the man twice on the head with a stone causing him to fall to the ground as he bled.

“They manhandled him before they undressed him. They ordered him to mastur_batə but he could not do it as he just played with his manhood,” said the source.

They accused him of taking them for granted as they instructed him and his wife to lie on the ground before they s_əxually attacked her while he was watching, said the source.

After allegedly r_aping her they left and the couple reported the incident to the police. The pair are on the run.

Midlands police spokesperson Inspector Emmanuel Mahoko could not be reached for a comment.