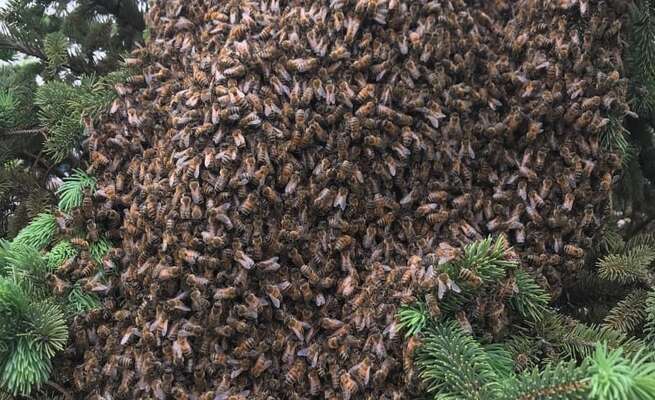 TRAGEDY struck the Chimanimani community last week when two children died after being stung by bees while on a fishing expedition.

Kessy Dube (14) fell into a 50-metre deep gorge and died instantly after being stung by the bees.

Tadiwanashe Ranganai (12) also fell into the same gorge and was swept away by Haroni River.

The two were among a group of children from Gede Village in Chief Chikukwa’s area who were on a fishing expedition.

Their colleagues were also attacked by the bees and they survived death by a whisker.

“The two, together with other village boys, were fishing along Haroni River when they passed near a swarm of bees. They were heavily stung. They ran in different directions and Kessy accidentally slipped into the gorge and plunged headlong. He died on the spot.

“Tadiwanashe and others discovered that Kessy was missing and went back to look for him. The swarm of bees pounced on them again.

“When they tried to run away, Tadiwanashe fell into the same gorge and was swept away by the water in Haroni River,” said Insp Muzondo.

Police’s Sub Aqua Unit attended the scene and managed to retrieve both bodies.

Investigations are in progress.