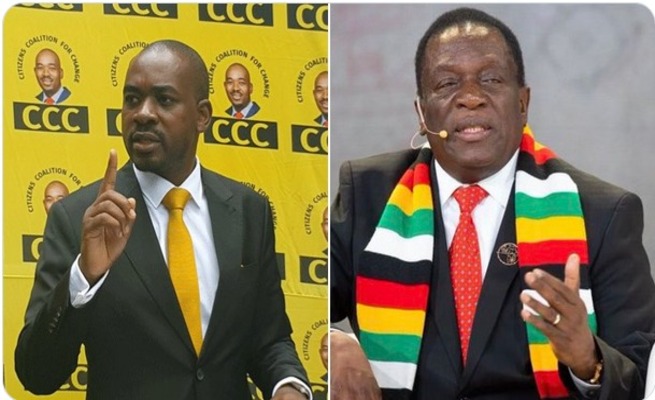 ZANU PF has sent the greatest hint that President Emmerson Mnangagwa is ready to hit the ground running after the 2023 poll. This was evident in the persons who participated and won the party’s central committee elections held last week. The curious one is Treasury boss, Mthuli Ncube.

Ncube left his cushy job in Switzerland to come and take over as Finance minister in 2018. This was a masterstroke on Mnangagwa’s part as he got a man with connections and competencies that are recognised at Bretton Woods Institutions — the Word Bank and the International Monetary Fund.

For some time, it looked like Ncube had taken a sabbatical to participate in local politics. His family remained in Switzerland, a clear signal that he was not ready to relocate to Zimbabwe. However, this all changed last week.

Ncube was elected into the Zanu PF central committee, and he is now a bonafide party member. It is pretty obvious after the party congress, later this month that Ncube will be appointed into the politiburo, crowning his position at the centre of the party and continuation of neo-liberal economics.

It takes a lot to make this decision. Ncube is ready for the rough and tumble of local politics. It can only be because he has been assured that Zanu PF will win the 2023 election and have another five years at the top. Ncube is now part of the establishment.

It is not stretching it too far that Ncube, like Tony Blair or David Miliband, after a decade at the centre of Zimbabwean politics will become a consultant for a plethora of multi-lateral financial institutions such as the Bretton Woods Institutions and African Development Bank and increase his investment business.

Let us look at things that may have attracted Ncube to immerse himself into Zanu PF politics. It could be that he wants to finish the task of implementing the decade-long economic project of making Zimbabwe an upper middle income country.

Secondly, the economic blueprint has received rave reviews from the World Bank as seen this week when the bank said Zimbabwe was poised to attain the upper middle income country status if it combated corruption, had a single exchange rate and had stable politics and an accountable government that respected the rule of law.

Thirdly, the infrastructure projects are shaping up and are likely to shore up Zanu PF support ahead of the polls. These are game changers. And providence has been good, considering the booming commodities market, discovery of oil in Muzarabani and the opening of the Manhize iron mine by the Chinese.

Fourth but not least, Mnangagwa has a blueprint to insulate the 2023 general elections. This can be seen in the deliberate efforts to pass the Private Voluntary Organisations (PVO) Bill and the proposed Legal Practitioners Amendment Bill. Let’s turn to the effects of the proposed Bills.

The PVO Bill is meant to curb illicit financial flows. Zanu PF is convinced that opposition funding is channelled through civil society organisations. It also seeks to stop civil society organisations from doing partisan political programming and have their activities closely monitored by the government. PVOs will indirectly be restricted from criticising the government for fear of being deregistered.

In simple terms, foreign lawyers will not find it easy to practise in Zimbabwe. It is important to remember that the opposition has in the past hired senior counsel from South Africa to argue their electoral petitions since the 2002 presidential elections. This will no longer be feasible.

The question arises: can local lawyers spiritedly fight against the regime and live to tell the tale? Please, I don’t mean they will die physically but it will be difficult to operate here. It is as good as kissing goodbye to their careers. One would become a leper and would biblically call out, “I am unclean” when approached by clients.

One more thing, Mnangagwa has become a hanger of judges. In Zimbabwe’s history, including the Rhodesian days, he is the only leader who has fired the most judges all in a short space of four years. This has had a chilling effect on the bench and most judges will naturally choose to be politically correct.

It is a public secret that Mnangagwa has packed the bench. Constitutional Amendments 1 and 2 gave him extensive powers to constitute the bench as he pleases. The Chief Justice, Deputy Chief Justice and Judge President are now all his appointees without them going through public interviews. And these are the men and women who decide who hears which case. Mnangagwa has become an emperor and he will yield the imperial powers.

Considering all the above points raised, it can be safely concluded that Ncube was assured that the 2023 election is a foregone conclusion. He will be the economic and Treasury czar without restraint. Ncube will enjoy carte blanche powers to veer Zimbabwe’s economics to the right in pursuit of the upper middle income country status without worrying what it will do to the poor. Therefore, Ncube will enjoy the power he coveted for and can once more crow — “Zwakarongeka”.