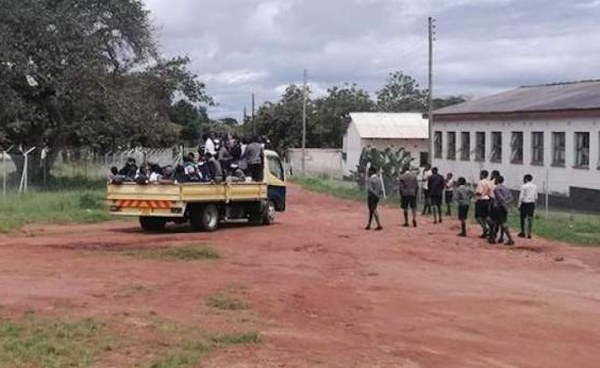 THE Ministry of Primary and Secondary Education has announced that applications for next year’s Form One enrolment at different boarding schools through the Electronic Ministry Application Platform (EMAP) will begin at the start of next month.

In a circular sent to provincial education directors and school heads, the Permanent Secretary in the Ministry of Primary and Secondary Education, Mrs Tumisang Thabela says the online application would begin on 1 November and run up to 31 December 2022. Mrs Thabela said all applicants would be allowed to make a maximum of five active applications at any given time.

“The Ministry of Primary and Secondary Education will be running an electronic platform for enrolling Form One boarding places for 2023.

Parents and guardians who wish to send their children to boarding schools are advised to start applying through the platform — www.emap.co.zw — with effect from 1 November up to 31 December 2022. All applicants will be allowed to make a maximum of five active applications at any given time.

An applicant who has been offered a place at one school will not be eligible to apply or be considered for a place at any other school unless the offer is declined. Successful applicants will be notified through short message service by the respective school heads. Parents and guardians are, however, advised that there are limited boarding places,” said Mrs Thabela.

According to the ministry, there are 262 boarding schools with a capacity to accommodate 320 000 pupils. She said upon applying to a school, an applicant will receive a response which will indicate that the application is either pending, accepted, processed or rejected.

“Once you decline an offer there is no guarantee that you will get the same offer back. The offering of a place is done randomly from your shortlisted schools,” reads the circular.

Mrs Thabela further revealed that once a particular school has accepted a learner, all other outstanding schools’ statuses would automatically be changed to processed.

The e-enrolment process was introduced in 2016 in a bid to curb corruption that was associated with enrolment of learners at boarding schools. At the start of the e-enrolment system there were 24 000 boarding places countrywide.

The e-enrolment has in the past been marred with confusion as some applicants claimed the “website was always down”.