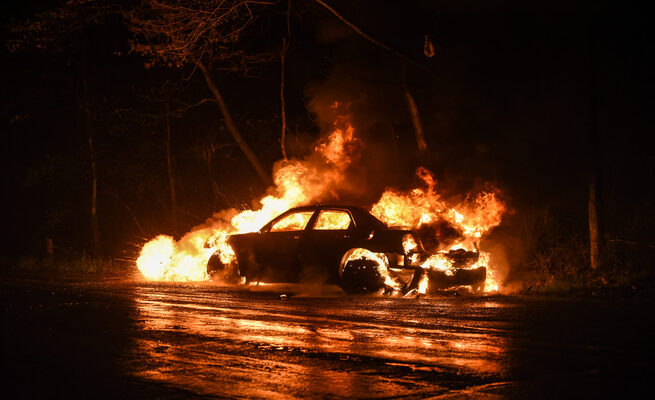 A 31-year-old employee with Gold Wallet (Private) Limited allegedly stole US$90 000 he had been given to transport to Bulawayo, and then set ablaze the car he was driving in a desperate bid to conceal the offence.

Police investigations established that Moffat Tembo burnt the car in a bid to create the impression that he had been involved in an accident.

Tembo has since appeared before a Harare magistrate facing theft and malicious damage to property charges.

He was remanded in custody to today for a possible bail application.

The court heard that on October 10, Tembo was given US$90 000 to transport to Bulawayo using a Toyota Alion vehicle, registration number ACS 3534.

It is the State’s case that Tembo connived with Vunvat Matereke to steal the money.

Tembo allegedly called Matereke and met him at White House in Harare along Bulawayo Road and handed over the money to him in line with their plan.

He then continued with his journey but without the money now.

The court heard that upon arriving at 5km peg from Chegutu, Tembo sprinkled petrol on the vehicle and set it ablaze to hide the offence.

It is alleged that Matereke arrived at the scene after fire was put out by Chegutu Fire Brigade.

It is the State’s contention that Tembo was then instructed to make a police report and he failed since he had staged the incident, leading to his immediate arrest.