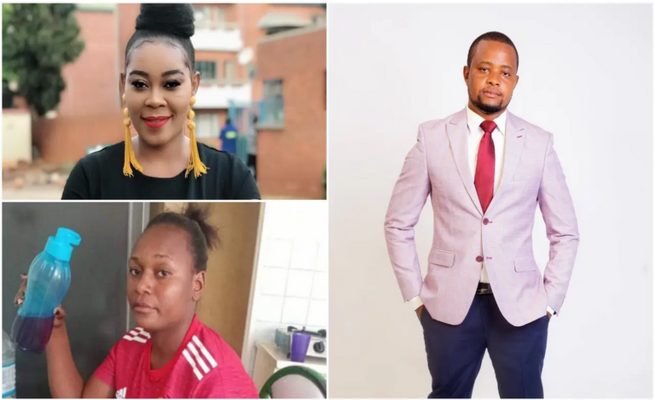 Madam Boss was scheduled to appear before Chitungwiza magistrate, Chiedza Manase, to oppose a peace order.

The application was made by Evangelista Zhou, the preg_nant lover of her husband, Ngonidzashe Munetsiwa.

However, both parties were not at court and the case was removed from the court roll.

In her affidavit, Evangelista had claimed that Madam Boss visited her place of residence, without her permission.

“She is my husband’s first wife,” she claimed in her application.

“She is threatening to evict me from my place of residence, saying it’s her house.”

She added: “She insults me using vul_gar words, harasses me and took my phone and deleted all my pictures.

“She is threatening me not to report her wrongdoings, saying she has a lot of backup.”

Madam Boss’ husband, Ngoni, convened a family meeting where they agreed to persuade Evangelista to withdraw the court case.

Evangelista responded by exposing her photographs with Ngoni.