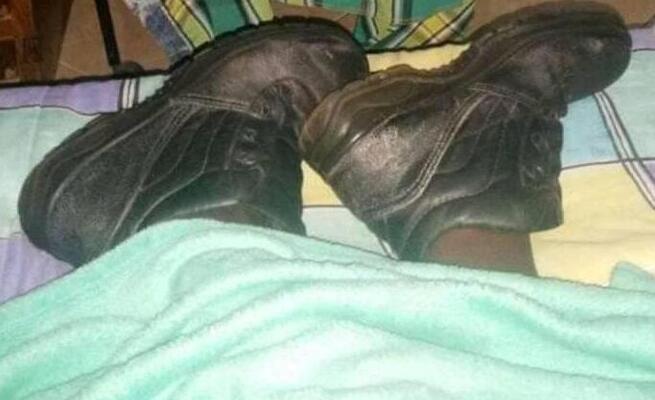 GOGO Sophie Mbhele, who was rap_ed by a 21-year-old man, has died.

The 84-year-old from Esibizane Village in Creighton, on the KZN South Coast, succumbed to her rap_e injuries in hospital on Sunday, 16 October.

She had been rap_ed multiple times while she was alone at home earlier this month.

She managed to crawl to her neighbours to ask for help after the perpetrator fell asleep on her bed. The neighbours found him nak_ed and called the police. Gogo was then admitted to hospital, where she later died.

Her daughter Nonhlahla Hadebe (43), who was not at home at the time, said: “We have lost words of how to express how we feel. How can our mother have died as a result of cruelty? That bastard deserves to rot in jail.”

Ward Councillor Mthobisi Dlamini said this was the second cruel ordeal that had taken place in his ward. He said last month, two matriculants were killed in such cruelty and while they were still shocked by that incident, they were awakened to this ordeal.

“This is starting to become a norm. We call for leaders to rise up and do something before it becomes our daily bread,” he said.

Social Development MEC Nonhlanhla Khoza described gogo’s death as a tragedy as she couldn’t recover after the s_3xual assault, by a man who was the same age as her grandchildren.

“It is with a heavy heart that we convey our deepest condolences to the Mbhele family. We want to assure them that our team of social workers will remain with the family.

“We don’t want to see this young man roaming our streets. He is a danger to society,” she said.

The suspect was remanded in police custody, and will appear again in the Kokstad Magistrates Court on Thursday, 27 October.